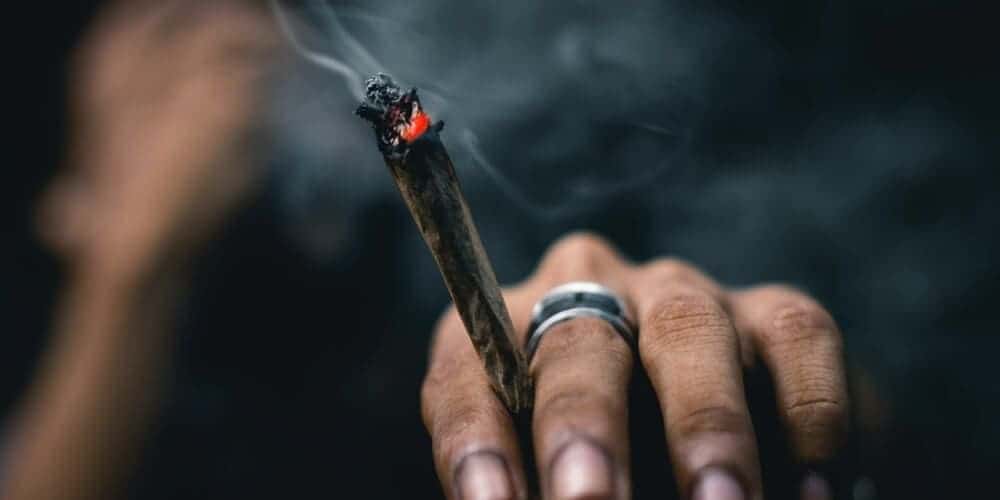 Over the last several decades, it has become increasingly clearer that marijuana doesn’t really do a whole lot of significant damage. Despite the fact that it is still illegal in a huge number of places, it’s nothing massive to worry about.

It’s not something that you can overdose on, it won’t ever give you a hangover, it doesn’t have anything close to the long term consequences on your brain and body that alcohol does and it’s not addictive.

Well it’s not physically addictive at least. Like anything else, you could develop a psychological dependency on it over time, but the same applies to chocolate and coffee. And nobody is trying to outlaw those are they?

Well maybe there are, but they’re not having much headway. In addition to being pretty harmless, marijuana actually has a lot of benefits. From helping you sleep to managing pain, there’s a lot of ways it can be helpful to you.

But you can always have too much of a good thing and marijuana is no exception to that. Being high all of the time does seem like a tantalizing prospect, but excessive marijuna consumption does have some side effects, both mental and physical.

Let’s take a look at a few of them:

So first and foremost it’s worth noting that for some people, a lot of people really, marijuana can actually have the opposite of this effect. It is a sedative at the end of the day and so it can help you to calm down.

The way the opposite can manifest is if you become very used to having marijuana in your system, you will become restless without it. Your body will start to expect that it will have this as an avenue towards being calm.

And as such, calmness won’t come quite so easily. In some of the more extreme cases, cannabis can actually lead to a full-blown anxiety disorder. It’s a recognized medical condition that we’re only really starting to understand now.

In all likelihood, this won’t happen and you will probably be able to rely on marijuana as a source of anxiety relief, but if you start to notice yourself feeling anxious anytime you’re not smoking, you might want to cut back.

You might think that this one is a little insane, but it’s true, smoking marijuana can in fact lead to hair loss. It’s not exactly a common side effect, it’s one that happens if you are really smoking way too much.

For one thing, it can be a consequence of stress and anxiety that is brought upon by the method that we discussed above. Having higher levels of cortisol in your system has been linked to hair loss or inhibited growth.

There’s also the fact that when you smoke, you are releasing a lot of harmful toxins into the air which is then getting onto your skin and into your hair where it can wear away at your follicles and eventually affect them to the point where nothing grows.

A lot of people who are addicted to cigarettes are affected by this and so if you are experiencing it then you are smoking way too much weed.

We’ve all had that feeling of being unable to focus when we’re actually high. You become easily distracted and have a harder time processing even the simplest bits of information that are coming your way.

If you smoke constantly, then you will normalize this in your brain. It’s not like you will have the same level of limited concentration that you feel when high all the time, but it will be less than it should be.

The main problem is with sustained attention. Being able to complete an individual, quick task shouldn’t be an issue, but reading a full chapter of a book, or paying attention for the entirety of a lecture might become more difficult.

Information processing usually normalizes after intoxication, but for chronic cannabis users, it has a tendency to continue for longer tasks even when you’re sober.

This topic is relatively new and there isn’t really a significant amount of research on it yet, however there have been a couple of studies which have yielded some rather interesting results in terms of how cannabis impacts sex.

First and foremost, some of these studies have shown that marijuana will actually enhance the experience, with a lot of people reporting that orgasms they’ve had while high were better than the ones they had while sober.

And while this sounds promising, a lot of men have also found themselves experiencing erectile dysfunction (ED) if they are heavy users. Much like the issue of hair loss, this affects cigarette smokers more significantly.

Tobacco restricts the flow of blood to your veins and arteries, which can make it harder to achieve and maintain an erection. Again, it’s the tobacco that’s likely the problem, but recreational marijuana use shouldn’t lead to too much tobacco.

And if it does, then you are smoking too much and need to cut back.

This really just ties into the same issues we discussed earlier in regards to concentration, marijuana affects your ability to process information and the THC attaches itself to various parts of the brain necessary for forming memories such as the hippocampus and the amygdala.

This of course won’t do significant damage in the moment, but inflicting this on your brain can cause degeneration over time and lead to memory issues as you get older if you smoke too much.

It won’t lead to dementia or anything but considering the fact that memory tends to decline when you age anyway, you want to preserve your ability to remember as much as possible and smoking too much weed won’t help with that.

Just to reiterate what I think is a very important point, these are the consequences of excessive marijuana consumption. If you smoke in moderation, none of these things should be a problem for you.