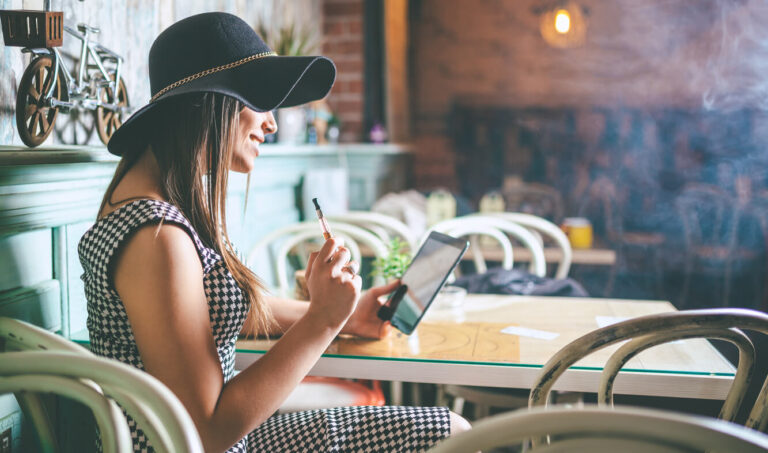 Millions of people all over the world are walking into vape shops and turning to vaping as an alternative to smoking. Vaping benefits many aspects of a person’s wellbeing, some of which are more noticeable than others.

A major benefit of vaping is that it can eliminate or greatly reduce dependency on some forms of nicotine replacement therapy (NRTs), such as the patch or gum. They can help with tobacco withdrawal symptoms, such as cravings and irritability, in a way that NRTs cannot.

Nicotine in the form of vapour is absorbed by the lungs and delivered straight to the brain in about seven seconds, which is why it has such an immediate effect on people who use it as an alternative to smoking. This delivery method also makes vaping more effective than other forms of administering nicotine replacement therapy. Cannabis can be vaporized as well and is a good alternative to smoking/vaping tobacco.

Vaping has helped many people cut down on how much they smoke or completely quit their bad habits. A vaping device gives smokers the same feeling as holding a cigarette, which makes the transition easier than one may expect. Vapour is far less harsh on the lungs than cigarette smoke, and it doesn’t give off an odour. Vaping also does not contain many of the harmful chemicals that cigarettes do; there are no known carcinogens present in vapour, unlike in cigarette smoke.

Many people who vape say they like it because it is a much better experience than smoking. Since vapour does not contain harmful chemicals like tar, it only gives the sensation of smoking without many of the negative side effects that come along with traditional cigarettes. Another benefit is that vaping allows people to smoke in places where cigarette smoking has been banned and do so without offending anyone nearby.

In addition to that, vaping is also a great way to save money. A pack-a-day smoker can save up to $2,500 a year by switching to vaping. Not only that but vaping gear and liquids purchased at vape shops are often cheaper than cigarettes. Vaping devices can cost anywhere from a few dollars to a couple hundred, so there is something for everyone’s budget. There are also many flavours of e-liquid to choose from, which makes vaping more enjoyable than smoking tobacco cigarettes.

To sum it all up, the main benefits of vaping are:

No Tar, No Ash

Vaping produces no tar or cigarette smoke. There is also no ash leftover from vaping that needs to be disposed of in an ashtray or urn where it can pollute waterways and landfills.

No Smoke, No Flame

Since vaping doesn’t involve a flame, there is no need to worry about setting yourself or your clothes on fire. This means that you can vape practically anywhere without having to worry about any safety hazards.

One of the best things about vaping is that there is no lingering odour like there is with cigarettes. This means that you don’t have to worry about your clothes, hair, or home smelling like smoke.

Since there is no tobacco used in vaping, it’s an effective way to quit smoking altogether. Many people find that they can gradually reduce the nicotine dosage they use until they’ve stopped using it together.

Since vaping only requires the use of a vaporizer, you don’t need to worry about buying lighters or matches like you would with cigarettes. This means that you won’t have to spend money every time you want to vape.

There are a wide variety of different flavours and nicotine levels to choose from when vaping, so you can customize your experience to fit your needs. You can also experiment with different herbs and blends to find the perfect flavour and dosage for you.

Second-hand smoke is one of the leading causes of lung cancer, so by not smoking around other people, you’re protecting them from the harmful effects of tobacco smoke.

Vaping is an effective way to quit smoking and can help reduce nicotine cravings. Many people find that they can wean themselves off nicotine altogether by using a vape pen.

There are many benefits to vaping, and it is becoming an increasingly popular alternative to smoking. For those looking for an easier way to quit smoking, or for those who simply want to enjoy a smoke-free experience, vaping is the way to go. Try it out and see for yourself how much better it is than smoking by visiting the website of a vape shop like https://foggygorillavapeshop.ca!