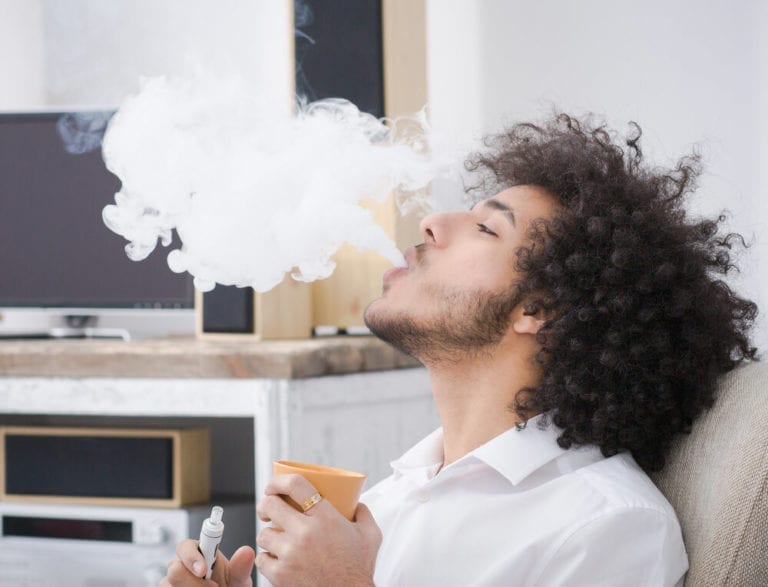 Smoking can prove to incur detrimental damage to our lungs and organs. According to the World Health Organization, tobacco in cigarettes kills more than 8 million people annually.

While the effect of a traditional cigarette is adverse, conventional vapes prove otherwise. Despite being relatively new to the market, vaping has proven to be a topic of controversy with some affiliating it with a series of mixed reactions.

However, some people find solace in relying on vaping as a less harmful alternative to smoking. If you’re considering taking the initiative to stop your smoking habit, vaping may be the solution for you.

Vaping is a form of smoking brought about by battery-powered electronic devices, known as Vapes Pens, e-cigarettes, or electronic nicotine delivery systems (ENDS). These vapes contain cartridges with liquids, such as flavorings, nicotine, and other chemicals to simulate smoking.

E-cigarettes convert liquid within the cartridges into a vapor inhaled by the user, thus the word ‘vaping.’ Vapes are portable, lightweight, and rechargeable, making them everyday favorites among the youth and teens. Furthermore, vapes emit less smoke than traditional cigarettes, making them easy to conceal or utilize in public without spreading second hand vapor to bystanders.

What Are the Positive Effects of Vaping Compared to Cigarettes?

Vaping Does Less Damage Than Cigarettes

While vape pens contain nicotine and chemicals similar to ordinary cigarettes, the effects vaping has on the body are far less severe than smoking. The chemicals found in vape cartridges are diluted in water to help create vapor.

When doused in water, these chemicals are far less potent than the physical nicotine batches found in cigarettes. In hindsight, a regular cigarette contains roughly 6000 different toxic chemicals, whereas vapes contain a fraction of the number. Furthermore, vapes provide fewer tobacco effects than conventional cigarettes, which are far more likely to cause detrimental damage to the user’s health.

Aside from causing bad breath, cigarettes also cause nausea, increase the risk of ulcers and brain damage, and destroy the lungs. Vapes help curb these effects by reducing tobacco concentration in each cartridge while combining it with a derivative of fragrant flavors to help soothe the vapor, making it easy on the throat and lungs.

Traditional cigarettes produce excess amounts of harmful carcinogenic smoke, which speedily destroys the alveoli in the lungs. This can bring about asthma, lung cancer, and respiratory ailments. The worst part is that the smell is horrendous and nauseating, leaving you smelling like a walking ashtray.

Furthermore, cigarettes are much more dangerous than vapes because they utilize fire to burn the tobacco; thus, directly transferring heat to your esophagus, lips, and lungs as you inhale. Vaping doesn’t emit smoke; instead, the vapors are diluted and coated with flavors, making it easy on the lungs. A dry herb vaporizer can alleviate the amount of vapor produced substantially to help prevent foul odors.

Unlike cigarettes, vapes are better on the lungs as they don’t transfer direct heat into the body. They utilize vapor, which can help cool down the throat and moisten lips instead of charring it when smoking. Ordinary cigarettes stimulate mucus and phlegm production in your lung airways, causing them to clog up.

As a result, one experiences uncontrollable coughs, wheezing, or difficulty breathing. Vaping is calmer on the lungs and doesn’t stimulate mucus production as quickly as cigarettes do.

Vaping Helps Keep Your Skin Moist and can Improve Circulation

The absence of tar help improves oral hygiene as users don’t get their teeth stained when vaping. On that note, the lack of heat keeps the skin and lips smooth and doesn’t burn your taste buds, thus promoting a better sense of taste than cigarettes.

Affordable and Can Be Used Repeatedly.

Vapes are cheap and cost-friendly. Once purchased, an e-cigarette can last you up to a few years with proper maintenance unlike cigarettes, which only are used once and discarded.

Like hookahs, you can add some artificial flavoring to enhance the taste and the smell emitted by your vape device with flavors such as mint, vanilla, and berry.

Vapors emitted by e-cigarettes are devoid of many toxic and carcinogenic entities such as tar, impacting one’s health and odor. Furthermore, they substantially reduce the amount of toxic second-hand vapor produces.

Vapes can be used as substitutes to cut down excessive smoking when used with discipline.

E-cigarettes utilize electricity to boil the liquid contents of the cartridge. This alleviates the need to use match sticks and lighters as vapes lit up almost instantly and are not affected by wind.

Vapes work electronically and only require a push of a button to begin vaping.

Vaping accessories are featured in various shapes and sizes to match your desired preference. Standard vaping devices include Juuls, e-cigarettes, and pens.

Vaping devices are rechargeable and don’t require you to refill lighter fluid or purchase a new lighter whenever the old one runs out. They are lightweight and can be fitted into your jeans without crushing them and spilling their contents like traditional cigarettes.

Once you’re done vaping, you store the vape away. This helps curb pollution as regular smokers tend to litter cigarettes butts every time they finish smoking.

If you’re contemplating switching to e-cigarettes, you now have a better grasp of the pros associated with vaping. Although, like most things in life, too much vaping is harmful. That said, vaping is not a magic pill to instantly quell any addiction but instead is a form of rehabilitation to help cut out destructive smoking habits when used wisely.