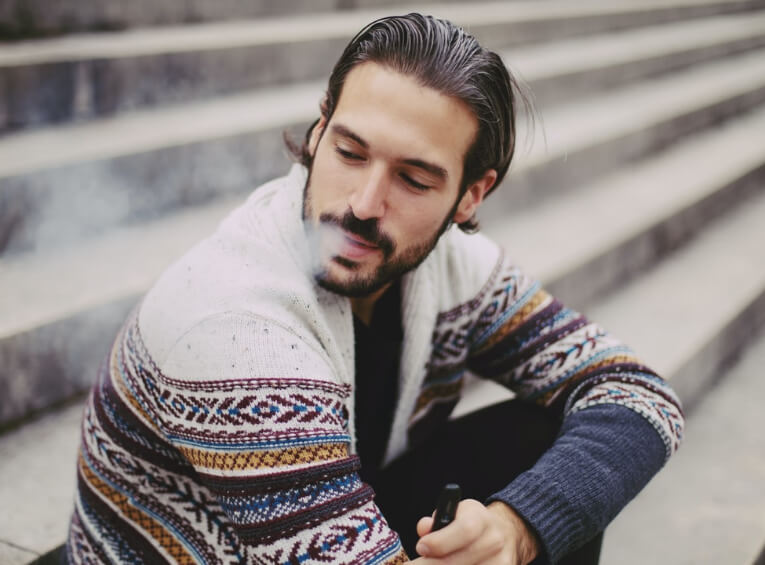 Smoking cannabis has many benefits, as proven by a ton of research. There is scientific evidence backing up the fact that marijuana has the potential to treat various ailments such as depression, anxiety, insomnia, chronic pain, seizures, stress and even a lack of appetite. There has been a great stride towards the legalization of this plant. Since then, a lot of unique ways to smoke the herb have come up. One of these is vaping. This option offers a ton of flexibility with smoking on the go. You do not require a flame to vape and so there are less chances of burning yourself with the ash. Here are the top five reasons why you should consider vaping your herb instead of smoking it.

It doesn’t have such a strong smell

Let’s make it very clear, vaping weed does give out an odor, but if you compare it to a blunt or a joint, the results are drastic. If you are an individual looking to be discreet with your smoking, whether indoors or outdoors, vaping is a great option for you. You can easily smoke it indoors instead of having to go out in the freezing cold during the winter season.

Less smoke is generally a good thing, not only for discretion but also for your health. This does less potential damage to your body and your lungs. You can even smoke dry herb in a vape, and it will not produce as much smoke. A study conducted showed that 34% users prefer smoking AAAA Grade Cannabis in a vaporizer. It gives out a richer taste and produces a lot less carcinogens than smoking a joint. It has the added benefit of having less smoke indoors.

Smoking weed is much more efficient in a vape

A study conducted by Johns Hopkins Medicine researchers showed that vaping cannabis tends to produce a stronger effect than smoking it. The same amount of weed that is used in a joint can be used for multiple sessions in a vape. The temperature on the vaporizer is controlled, giving you a lot more control over how long your bud lasts. The weed turns to ash when you smoke a joint, and let’s not forget if someone ends up rolling a bad one. More than half your weed gets wasted in the process.

On the go flexibility

Most vapes offer a ton of convenience when it comes to smoking on the go. Pre-rolls might be easy to smoke, but you have to deal with the smell and the smoke, and you can’t exactly take a ton of pre-rolls with you everywhere. Vapes on the other hand, do not require rolling and you just have to turn them on. Make sure to charge your battery before you leave home so that you are fully prepared.

Marijuana is known to help deal with a lot of issues, which is why it is being legalized slowly and steadily all over the world. Vaping offers a potentially healthier way of consuming marijuana, so that you can have the benefits of the plant without so many adverse effects.