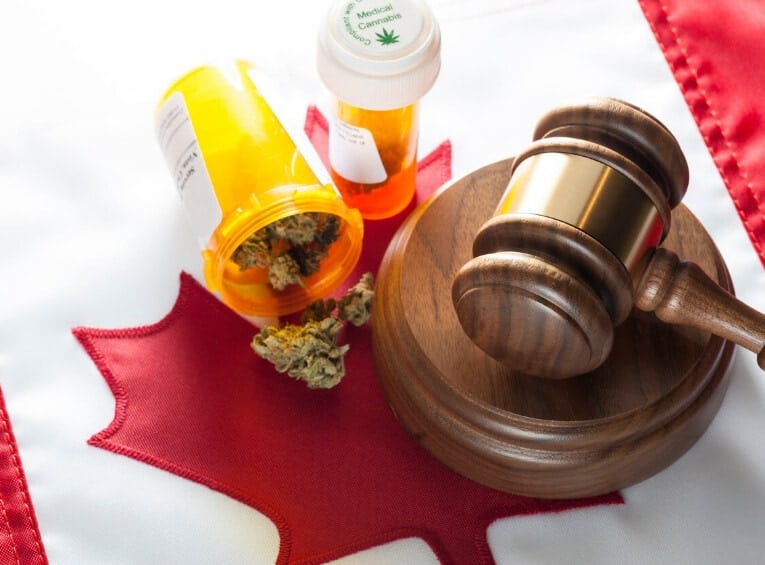 It has been two years since Canada legalised cannabis, but that has not stopped the aftermath from being a rocky road. So what went wrong? What has happened? Has that changed throughout COVID-19? These are all questions we will delve into.

Canada is determined to push the legal cannabis market to thrive, but currently the odds are stacked against them. Why are people still turning to the black market for their marajuana? Long story short, the legal market is drastically more expensive.

There are various reports about the price gap, but according to data by Statcann, earlier this year legal cannabis was about twice the alleged cost of illegal or black market cannabis. On average, legal cannabis sold for $10.30 per gram, whereas the illegal alternative was selling for around $5.73 per gram. So a fairly significant difference!

Obviously, you can see why Canadians would be drawn to get their hands on the cheapest version of the drug. However, that is not where the problems for Canada’s legal cannabis market end. Based on Reddit feeds from Vancouver, there have been recurring problems with the quality of the legal cannabis and its accessibility.

One user writes: “I was all for prices to go up moderately due to taxation and the need to lease a brick and mortar location, but last time I went the cost of 3.5grams of the stuff I wanted was $48, which is $12 more than the most expensive eighth I’ve bought on the grey market.”

The clear problem here is the taxation which boosts the price. Unfortunately, Canada’s legal market finds itself at a disadvantage to the illegal dealers as prices are inflated.

Unlike other countries legalising cannabis where they brought illegal producers of the drug into the open, Canada took a pharmaceutical approach to legalisation. This also meant the legal market would have to produce cannabis from scratch, along with other hurdles such as demand and simply not enough legal retailers to serve large demand.

Another Reddit user said: “My buddy who is from Houston, comes to town every summer to meet his dad. This year he came and he was shocked at all the closed dispensaries. He couldnt comprehend that legalization actually killed off business on such a large scale.”

A large number of individuals complain that the legal cannabis tastes dry or bad quality. In fact, according to the National Cannabis Survey, since Canada legalised cannabis, around 40% of consumers answered that they have obtained their weed from illegal sources. This is highlighting a clear problem for Canada’s legal weed market vendors and suppliers.

However, it is not all doom and gloom for Canada’s legal cannabis market. In fact, it is bittersweet as the market is seeing gains, but at the expense of the coronavirus pandemic. In the month of July, licensed vendors saw a 15 percent increase on June’s sales, which made it the biggest monthly jump since cannabis was first legalised in Canada. Statistics also reflected this, showing a significant increase in the number of people buying licenced cannabis compared to last year.

The reasons for this are believed to be as a result of people spending more time at home. As for those who use the black market and illegal means to get their cannabis, they may feel reluctant to meet their usual dealer at this time.

Canada has since seen an increase in the number of licensed vendors, with prices hoping to close the gap on the black market alternative. With more people buying from legal markets, Canada is hoping that this will continue long term boasting a safer and healthy product which they can buy locally.

The legal market did also see a turn with the introduction of edible and drinkable cannabis products. These are suggested to be popular with those wanting to try cannabis or those who do not like the smell or to actually smoke. These products can help new users become educated with the drug, familiarised with the experience, and help them decide whether they want to try other products.