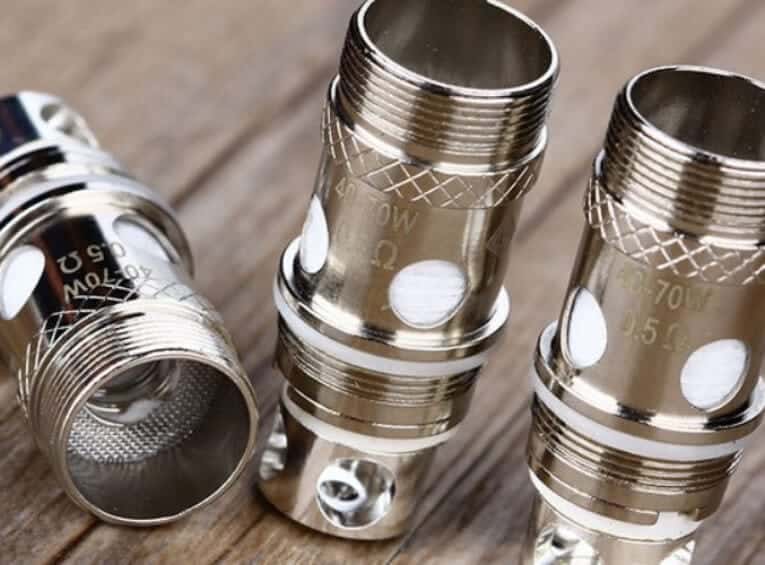 As a vaper, what’s your biggest expense? What’s the one thing that would really cut your costs if you didn’t need to buy it quite so often? If you’re like a large number of today’s vapers, the answer to that question is most likely “coils.”

You use e-liquid every day, of course, but for most people, the cost of buying vape juice has grown more negligible over the years as competition has driven retail prices down.

Vape coils, however, haven’t gotten cheaper over the years. They’ve gotten larger, more complex and more powerful. These days, a cloud chasing coil will have multiple wires or mesh strips, a load of cotton, possibly a supplementary wicking material like wood pulp – and a big, heavy metal enclosure.

All of those materials cost money. In the past, you’d get five coils in a box. Today, it’s unlikely that you’ll get more than 2-3 coils in a box – and the typical price of a box of coils is higher than ever.

Paying a little more for a vape coil wouldn’t be such a bad thing if you could expect your coils to last for weeks. For most people, though, that isn’t the case. If anything, many people find that they get a day or two of life out of a coil at the absolute most.

After just a couple of days, a coil begins to produce a flavour like burned sugar, and when you remove it from the tank, the formerly white metal of the coil’s heating surface is dark brown and covered with a sticky looking sludge.

If you’re tired of spending a fortune on vape coils, this article is for you. We’re about to give you two very simple ways to save money on vape coils right now by making your coils last as long as they’re supposed to. Let’s begin!

Clean and Reuse Your Coils

We’ll discuss this in greater detail in the next section, but the top reason why a vape coil burns out quickly is because the e-liquid you use leaves a residue behind that coats the coil. The residue thickens and eventually begins to burn, creating an unpleasant irritating sensation in the back of your throat when you vape. When the scratchy sensations and burned flavours get so bad that you can no longer stand them, you throw the coil away.

The rate at which residue forms on a vape coil depends on the composition of the e-liquid – which we’ll discuss in a moment – and the amount of e-liquid that you use. A modern vape coil can drain a bottle of e-liquid very quickly, and that means a new coil can go from producing a delicious flavour to stinging the back of your throat in just a day or two.

So, that’s the problem. What’s the solution? The residue that’s ruining your coils is water soluble, and you can restore much of a gunky coil’s lost performance simply by cleaning it. Place your gunky coils in a bowl of very hot water and swish them around periodically for a day or so. Leave the coils out to dry for another day, and they’ll be ready to use.

If removing gunk from a coil is as simple as swishing the coil around in hot water, why don’t more people talk about cleaning vape coils as a legitimate way of keeping those coils out of the garbage can? The answer is that most people don’t want to devote two days of effort to cleaning a coil when they know that the result won’t taste as good as a new coil.

Breaking up the gunk thoroughly enough to make a used coil perform like a new one takes plenty of heat and constant agitation, and most people simply don’t have the patience to do the work.

The good news is that there is now a device that can do the work for you. ROBO2020 is an automatic vape coil cleaner that provides the heat and agitation for you. Just drop in your dirty coils and add water. Turn the machine on, and it cleans your coils in about 15 minutes. Dump out the water and start the drying cycle, and your coils are ready to use in about 15 more minutes.

Now, there’s no longer an excuse not to clean your coils – and when you can clean and reuse each coil several times instead of throwing it away after the first use, the savings add up very quickly.

So, one way to save money on vape coils is by cleaning and reusing them when they get gunky instead of throwing them away. The second way is by preventing them from getting gunky in the first place, and the way to do that is by changing your e-liquid preferences.

Above, we mentioned the fact that the composition of an e-liquid is largely what determines how quickly gunk forms on your coil when you use that e-liquid. More than anything else, the e-liquid ingredient that is most directly responsible for the formation of coil gunk is sucralose, the sweetener that makes e-liquids with candy and dessert flavour profiles really pop on the palate. Many e-liquid flavourings leave a bit of residue behind, but nothing causes residue to build up as quickly as sucralose.

If you stop using sweetened e-liquid, in other words, you’ll get dramatically longer life out of your coils.

Now, you’re probably thinking at this point that you love sweet e-liquid flavours and wouldn’t ever want to give them up. If that’s the case, just grab the ROBO2020 for yourself and start cleaning your coils. That way, you don’t have to change anything about the way you vape.

In addition, you may find that avoiding sucralose allows you to taste the subtler flavours in your e-liquid more clearly because sucralose tends to cover everything but the boldest flavours in an e-liquid.

Although you may ultimately decide that unsweetened e-liquid isn’t for you, we encourage you to give it a try because you might end up loving it – and the difference that I’ll make in the life of your coils will be truly dramatic.