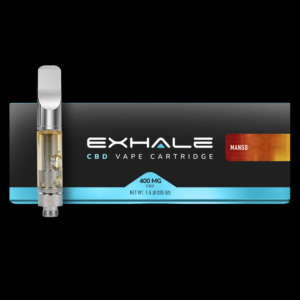 Cannabidiol, or CBD for short, is a compound present in cannabis that has been demonstrated to have a balancing, soothing impact on the body and promote memory health. By incorporating CBD cartridges into a comprehensive approach that addresses numerous common lifestyle factors that contribute to brain fog, you may help boost memory functions and reclaim your normal state of mind. While looking to buy CBD cartridges make sure you buy them from a reputable brand.

CBD Vape Cartridges – What Are They?

A CBD vape cartridge is simply a tiny pod containing CBD. It’s a cylindrical tank that holds a tiny amount of CBD e-liquid and snaps onto a vape pen for a simple and convenient vaping experience. If you’re unfamiliar, a CBD e-liquid is prepared using hemp-derived CBD plus the standard e-liquid base chemicals. Propylene glycol (PG), vegetable glycerin (VG), and medium-chain triglyceride (MCT) oils are the most frequently utilized.

Since different companies will combine these chemicals in unique ways, reading the product description and label is critical. CBD Vape cartridges are a single-use product. Once the cartridge’s e-liquid runs out, you discard it and replace it with a new one. However, this is more environmentally friendly than using a disposable vape pen, which you discard after use.

CBD vape cartridges are available in a range of strengths and tastes, so search around until you find one right for you. Naturally, the most critical factor is compatibility with your vaporizer. The most popular type of cartridge is 510-thread. CBD ingestion via vaping is a straightforward process. You have to follow the vaporizer’s directions and take a deep inhale of the vapor.

Moreover, the respiratory system helps to absorb the CBD. Many CBD enthusiasts feel that vaporized CBD has far better bioavailability than other forms of CBD, making it more beneficial than oral CBD.

Many individuals are aware of marijuana’s anti-anxiety properties. While THC may make some people feel more relaxed and tranquil, it has raised anxiety in others. As a result, experts are now looking at CBD vape cartridges as a potential treatment for anxiety and depression.

For example, researchers evaluated the effects of CBD vape cartridges on the brain and levels of anxiety in one study. The researchers discovered that CBD decreases blood flow to parts of the brain associated with stress. It includes the hypothalamus, typically hyperactive in individuals suffering from anxiety disorders.

Additionally, it was discovered that CBD decreased general anxiety, with subjects reporting decreased anxiety levels following the chemical’s administration. It may seem as though CBD may have antidepressant properties. CBD appears to operate by rebalancing the endocannabinoid system disruption in individuals suffering from depression.

Guards Against Harm to Brain Cells

While many believe marijuana is harmful to the brain, research indicates that certain components of cannabis, such as CBD, can help protect brain cells from destruction. Indeed, the US Department of Health and Human Services received a patent in 1999 for cannabinoids’ neuroprotective properties.

According to the patent, cannabis and its chemical components can help protect brain cells in people suffering from neurodegenerative disorders such as Alzheimer’s disease, Parkinson’s disease, and other forms of dementia. CBD vape cartridge neuroprotective properties result from its action on the brain’s CB2 receptors.

CBD activates CB2 receptors in immune cells located in the brain, eliciting anti-inflammatory responses. This significantly decreases the extent to which inflammation damages the brain.

In contrast to THC, the CBD vape cartridge does not affect CB1 receptors. As a result, CBD is non-psychoactive. Rather than that, CBD blocks the binding of substances such as THC to CB1 receptors. CBD mitigates several of THC’s psychotropic effects, including memory impairment and anxiety.

Inflammation gets reduced by CBD.

CBD’s primary effect on cognitive function is its anti-inflammatory properties. While an inflammatory response is necessary for survival, chronic inflammation in the brain can result in undesirable illnesses and side effects, including anxiety, depression, strokes, epilepsy, and brain fog.

CBD aids in the body’s inflammatory response, particularly prevalent among the elderly. Moreover, it enhances neuroplasticity and neurogenesis, which helps to prevent age-related cognitive decline. While most studies on CBD are preliminary, it is evident that CBD interacts with the body’s endocannabinoid system, supporting brain function and regulation.

Conclusions on CBD effects on Neurological

Numerous studies demonstrate that CBD vape cartridges are beneficial for various brain-related disorders. Additionally, CBD stimulates neurogenesis, which is effective in reversing cognitive decline. Furthermore, CBD has improved memory in those who have schizophrenia or Alzheimer’s disease.

Thus, we can now conclude that CBD vape cartridge has no detrimental effect on the brain and may be helpful in treating a variety of memory-neurological conditions.