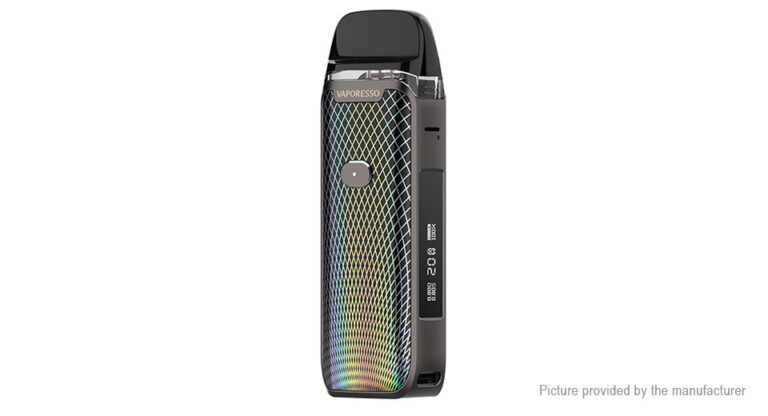 Using any vaping device isn’t a lot of fun when the device doesn’t work correctly. That’s especially true when you’re using a simple device like a pod system, because a pod system is supposed to have almost nothing to troubleshoot.

You puff, and the device generates vapor – that’s it. With nothing to tweak and no settings to adjust, you might be left with no idea of what to do if you toss in one of your favorite menthol pods and can’t get the device to produce vapor.

If your pod vaping system isn’t working, you’ve come to the right place. In this article, we’re going to walk you through some simple troubleshooting steps that can fix all of the most common problems with pod systems. So, whether your pod-based vaping device isn’t charging or isn’t hitting, you’ll find the solution you need right here.

What to Do if Your Pod System Isn’t Charging

A pod system charges through a micro-USB cable or a proprietary charging dock that connects to a USB port. In order for the charging process to work as it should, the power source must be within the voltage and amperage range that the vaping device expects. The charger also needs to make a solid electrical connection with the battery. If your device isn’t charging, those are the two things you’ll need to troubleshoot.

Start by making sure that the power source is within the device’s specifications. Unless you have a wall adapter specifically approved by the manufacturer of your vaping device, you should charge the device only through a computer’s USB port.

In particular, you should never charge any vaping device with a wall adapter for a mobile phone or tablet. Those types of wall adapters are designed to charge high-capacity batteries extremely quickly, and the higher charging current can cause thermal stress to the battery of your vaping device.

The next thing that you should do when troubleshooting a pod system that isn’t charging is make sure that the device’s charging port is completely clean. If the device charges via a magnetic dock, it’ll have metal plates on the bottom.

If it charges via a USB cable, it’ll have a USB port. Either way, the charging port or plates are likely to become contaminated with dust and pocket lint over time if you tend to carry the device in your pocket. Use a toothpick to remove the contaminants.

What to Do if Your Pod System Isn’t Hitting

If your pod system isn’t hitting, the first thing that you should do is make sure that the device is charged and turned on. Obviously, if the battery is dead, the device won’t work. If the device has a manual fire button, it should have a locking function that prevents the device from activating accidentally while you’re carrying it in your pocket. To unlock the device, press the fire button five times.

If your pod system still isn’t hitting, the next thing that you should check is the connection between the battery and the pod. Remove the pod from the device and check the inside of the device. Are the pins covered with dust and grime? Is there a puddle of e-liquid inside the device? Anything that disrupts the electrical connection will prevent your pod system from hitting. You can use a cotton swab to remove e-liquid.

What to Do if Your Pod System Is Leaking

When it comes to resisting leaks, no pod system is absolutely perfect. It’s normal to see a bit of condensation inside your device when you remove the pod, which is why it’s a good idea to use a cotton swab periodically to dry the inside of your device. Over time, e-liquid can seep through the charging pins and contaminate the inside of the device, leading to intermittent problems.

If your pod system leaks constantly and loses a significant amount of e-liquid, that’s not normal, and it’s almost certainly something that you can resolve without a great deal of difficulty. If you’re using a refillable pod system, make sure that you aren’t using too much e-liquid when you refill your pod.

If you fill the pod all the way to the top, you’ll push e-liquid out of the pod through the atomizer coil assembly when you replace the stopper for the filling hole. Leave a bit of empty space at the top of the pod when refilling it.

With both pre-filled and refillable pod systems, the next common cause of leaking is puffing too firmly when you vape. As a smoker, you’re probably used to puffing harder when you want your cigarette to produce a bigger, hotter cloud of smoke.

You can’t do that, however, when you vape. If you puff too firmly with a pod system, the pod’s tiny vents won’t have the capacity to manage the airflow, and that’ll cause e-liquid to flood the atomizer coil and leak out of the bottom of the pod. To prevent that from happening, you should only puff with as much air pressure as you need to get your device to generate vapor.

What to Do if Your Pod System Gives You Weak Hits

Modern pod vaping systems work so well that weak hits are almost never a concern. If you have an unsatisfying experience with a pod system, you might want to consider upgrading to a newer device if you’re using one of the older first-generation pod systems.

If you find yourself vaping constantly because you aren’t satisfied, it’s likely that you should consider increasing your nicotine strength. Finally, make sure that you’re vaping in the correct manner. Inhale with slow, deep puffs to get the most satisfying clouds that your pod system can produce.