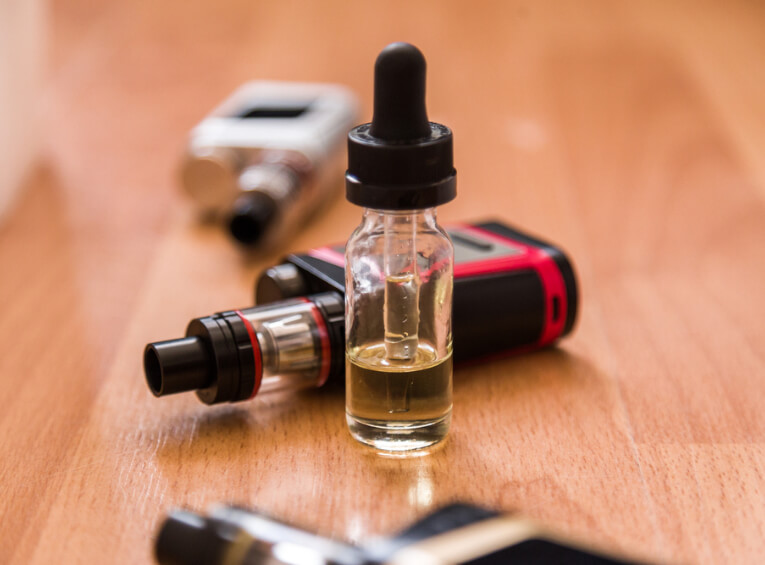 E-liquid is one of the most fun aspects of vaping, and with so many flavours available for users to delight in, it’s easy to understand why. Vape flavours literally come in hundreds of options, from stand-alone issues such as Mango and Apple flavours, to blended offerings like Blackcurrant Lemonade and Strawberry & Cream.

Whatever flavour your mind can think up, chances are it probably exists.

E-liquids, though, are more than just the motley of vape flavours. There is also the vapour aspect which attracts a legion of vapers, some of whom are drawn into vaping primarily for that: cloud vaping, or cloud chasing as it’s known in the vaping community.

Whether you’re into vaping for the flavours, the clouds or for the nicotine like most people, it’s not uncommon to stock up on e-liquids. In fact, this is a norm bordering on a best practice.

With multiple e-liquid bottles at your disposal, however, there arises the question of storage. It’s an often overlooked part of vaping, but one every vaper needs to think about since e-liquids are not made to last forever.

The issue of e-liquid and longevity can be a puzzle. Stay long in storage and the e-liquid may either degrade or improve in quality. It all depends on the storage.

As much as it’s a ‘shelf stable’ item, vape juice – like most consumables – can go bad.

Typically, it can last up to 2 years before it’s deemed unsafe to use, which is down to the shelf life of the ingredients that make up the juice – the vegetable glycerine (VG) and nicotine in particular.

Sure, some people vape e-liquid that’s been in storage beyond the expiration date indicated by the manufacturer, but the juice may degrade in quality or taste stale in some cases. The expiration date in e-liquids is simply an estimation of the period the juice is generally expected to have the same freshness and quality as when it was first manufactured.

Conversely, it’s also possible to enhance e-liquid flavour by storing it for an extended period of time – even for several months. Just like wine. This ‘aging’ of e-liquid is known as steeping and is a great way to enhance the flavour of your vape juice naturally.

The key to ensuring the flavour improves as opposed to degrading lies in how you store your juice.

What to avoid doing

If you want to extend the life of your e-liquid, it’s important to know the things that have a detrimental effect on flavour.

There are three notable conditions you need to avoid:

Like most other consumable products, what these conditions do to e-liquids is speed up the oxidation process, which could alter the composition of the product from how it was originally intended to be. In the case of edible items, this could have a deleterious effect on your health; in some cases even fatal.

This is not to say you’ll die from consuming juice that has been exposed to UV light, heat or air. In fact, this is a quick way to steep e-juice, although we do not recommend it. Exposing e-liquid to these elements degrades its quality, especially the taste, and there’s always the chance that the process could trigger a chemical reaction that could alter the composition of the juice, rendering it unsafe.

It’s worth noting that VG and nicotine don’t do too well under these environmental conditions. The elements break them down, in turn affecting the whole product, which explains the change in taste and flavour (for the worse) when your e-liquid bottle is left exposed too much; a change in colour too.

So, what’s the best way to store vape juice?

The age-old recommendation to ‘store in a cool, dark and dry place’ very much rings true when storing e-liquids.

And it’s not just the bottles you intend to put away for the long term. Opened bottles in particular are susceptible to quality degradation as these have already been exposed to air.

Some people also have a tendency to place e-liquid bottles they are using in areas such as window sills, on the car dashboard or in their vehicle glove compartment. These areas are under direct assault from the sun and your bottles are exposed to heat so they’re not ideal.

The best way to store your e-liquid is in cool and dark places.

Room temperature or mildly cool temperature works best. Cabinets in particular make for perfect storage conditions as they are cool, they shield your bottles from direct UV light and exposure to oxygen is limited. Same case with areas inside the house that are not accessed on a regular – for example, the basement and other utility rooms inside the house.

Some people make a case for storing e-liquid in the refrigerator or freezer. While these conditions are the extreme opposite of hot and sunny, they could slow down the natural aging of the vape juice or even manipulate its state (and consistency), particularly freezing. For bottles you plan to stow away for the long-term, this method is best avoided.

You could make an exception for already opened bottles that you’re using, but nothing beats a cool, dry natural environment away from direct sunlight.

In case you’re carrying some e-liquid with you in the car, avoid the dashboard or leaving bottles on the seats especially during hot weather. You can keep these in a bag or purse and leave them on the floor in the backseat. That way, the quality of your e-liquid will never be compromised.

When storing vape juice for an extended period of time, the best way to ensure the e-juice maintains its integrity is to store it in glass bottles, preferably dark glass which is better at shielding out light (the reason it’s used in medicine bottles). E-liquid stored in plastic bottles is more prone to oxidation as plastic is to some level a breathable material.

Not only that, but also storing e-juice in plastic bottles may result in leaching whereby synthetic agents from the plastic leak into the e-juice. This particularly applies to flavours in the citrus family such as Grape and Lemon Flavour. Plastic containers are more ideal for short-term storage.

Don’t forget to shake bottles that you’ve kept in long-term storage too. Doing this occasionally minimises instances of separation of e-liquid components while ensuring the ingredients blend together nicely.

Finally, remember that when storing e-liquid, it’s best to keep it out of the reach of children and pets.