Around the world, school officials are engaged in what is apparently some sort of collective insanity over student vaping. Schools are holding emergency student assemblies and meetings with parents where often-shocking misinformation is distributed. Principals are sending letters to students’homes filled with horrific hyperbole about popcorn lung and nicotine addiction.

Some schools are removing the doors from restrooms to reduce illicit vaping. And in some instances, students caught vaping are even being turned over to the police for criminal prosecution.

School administrators are reacting to what outgoing FDA Commissioner Scott Gottlieb calls an epidemic of youth vaping. They’re helping the moral panic grow, and they’re lashing out wildly at what is mostly nothing more than a teenage fad. And it is students suspected of vaping or possessing vapes that are the victims of the new extreme measures being taken by terrified school officials. 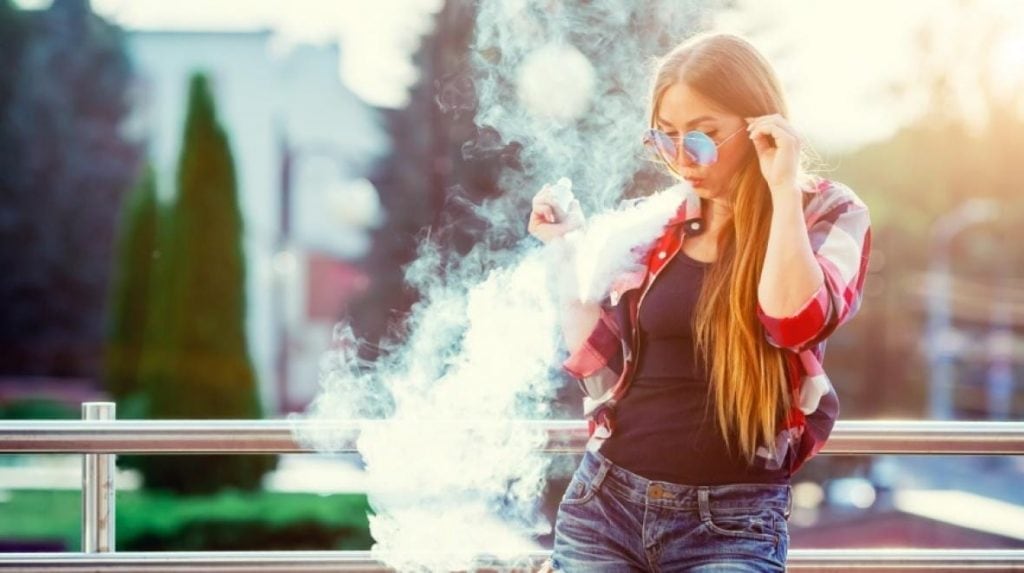 In Hamilton, Ohio, students will face random searches with metal detectors soon — warrantless searches for vaping devices. And if a vape is found in a teenager’s backpack or pocket, they will be given urine tests. Administrators will also search school lockers and cars parked on school property, in line with the Dayton Daily News.

Hamilton is a city of about 62,000, located 20 miles north of Cincinnati. The public school district has two middle schools and two high schools, with a total of about 4,000 students.

Hamilton Schools superintendent Mike Holbrook told parents in a letter that random searches for vaping products would begin April 8, after spring break. The letters went to parents of all students in 7th through 12th grades — 2,900 households in all.

“Trained school personnel will be conducting random searches of students. These random searches will be ongoing for the foreseeable future,” Holbrook wrote to parents, in line with the Daily News. 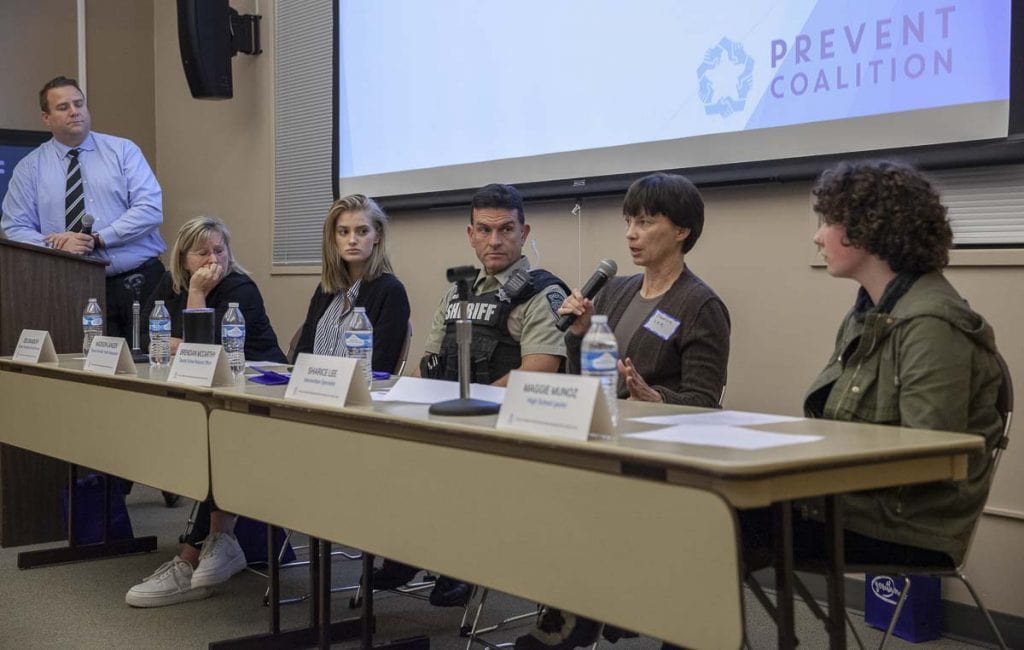 “Random, daily searches may be conducted on any student with the use of a metal detector device,” wrote Holbrook. “These searches could be administered at any point during the school day. The searches may include student property, lockers, vehicles and additional items deemed necessary.”

”Some students [about] whom school staffers have suspicions may be targeted for searches. When there is a reasonable suspicion that a violation of the student code of conduct or law has occurred, the search of a student may possibly not be random in nature,” Holbrook said in the letter. Violations will trigger a 10-day suspension, and a recommendation for an 80-day expulsion, according to WLWT TV.

“Random daily searches” are probably unconstitutional. According to the National Constitution Center, Supreme Court Justice Byron White, who wrote the opinion in the New Jersey vs. T.L.O. the decision “said that the Fourth Amendment not only prevents the police from conducting unreasonable searches and seizures but that ‘equally indisputable is the proposition that the 14th Amendment protects the rights of students against encroachment by public school officials.’ ”

To be constitutional, searches — even in schools — require due process, and that means officials need probable cause or must face an emergency that makes random searches a reasonable response. Possession of nicotine hardly seems like a reason for such extreme action. But with an anti-vaping fever all around the country running at a high pitch, panicky responses from fearful school officials are almost the norm.

But the Hamilton school administrators are lightweights compared to schools in suburban Phoenix, Arizona.

A charter school student at Legacy Traditional Schools was caught vaping in school last December and was suspended for the remaining portion of the 2018-19 school year — nearly a six-month suspension. Then the boy’s local public school district refused to allow him to attend classes.

“He made a really bad, boneheaded decision, but he was crucified for this,” the boy’s father Eric Schultz told the Arizona Republic.“We believe in making sure your children understand the consequences of their actions, but the discipline for this was excessive.” 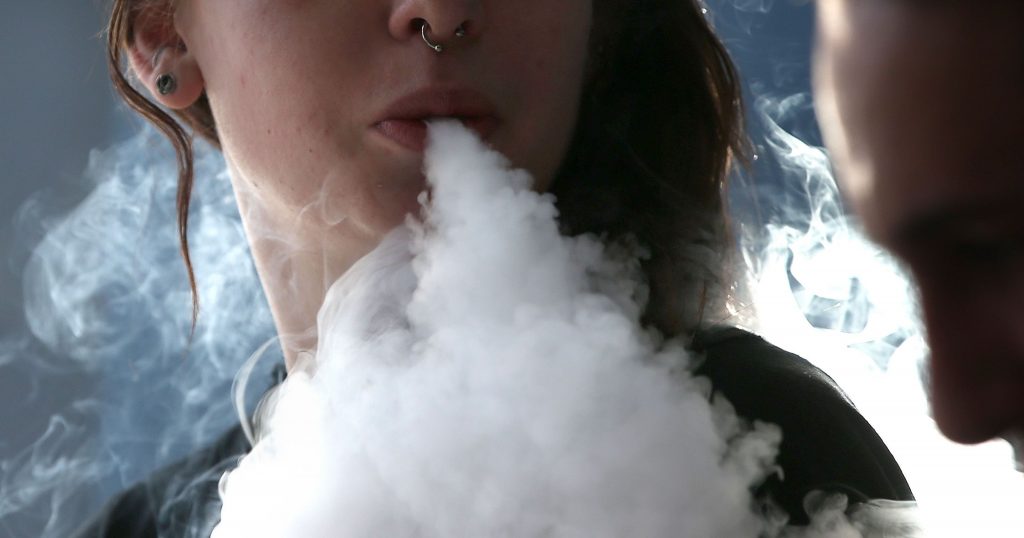 After the suspension, Schultz’s son was admitted to Marley Park Elementary in the local public school system, the Dysart Unified School District. Then administrators looked at the boy’s disciplinary record from the charter school and decided against allowing him to continue at Manley.

The American Civil Liberties Union is challenging the school policies in Arizona. State law allows schools to refuse admission to a student who has been expelled by another school system but doesn’t specify if they can refuse to admit a suspended student. However, the ACLU says, all children have the right to attend public schools in Arizona.

Eric Schultz says the whole mess has caused “emotional distress” for his family. The boy spent five weeks out of school and was stigmatized and blacklisted — all as a result of vape.

Perhaps the most disturbing part of these episodes is the ease with which school administrators have let the vaping moral panic push them to authoritarian extremes. It has exposed their willingness to violate students’privacy and suspend them for months, damaging the lives of the kids they’re charged with caring for. School officials aren’t allowed to be police or prosecutors. We pay them to teach our children, not to harass and punish them.

Removing a young student from school for weeks or months is a measure typically reserved for a violent offense, or the most serious drug possession or sales. Likewise, randomly searching students without probable cause might be justified if administrators knew there were weapons inside the school, but…e-cigarettes and nicotine? It would hardly require much independent research by a school administrator to understand that vaping is something less than an imminent threat to school order, let alone life and limb.

The fear that has been instilled in school officials by local anti-drug groups acting in concert with powerful activist political organizations like Campaign for Tobacco-Free Kids and Truth Initiative — and encouraged by Commissioner Gottlieb’s pronouncement of an epidemic and the FDA’s disturbing and bizarre Real Cost campaign — has created an atmosphere of madness. The result is administrators pushed to mete out ever more grotesquely disproportionate punishments for what should be at most minor infractions by students.

When school systems decide that vaping is such a dangerous act that it justifies violating the Constitution and that proper punishment for vaping is to risk ruining a child’s education and damaging them emotionally with expulsion, they have lost all sense and reason. And it is the students who vape — normal adolescents showing typical adolescent curiosity — that are being hurt.