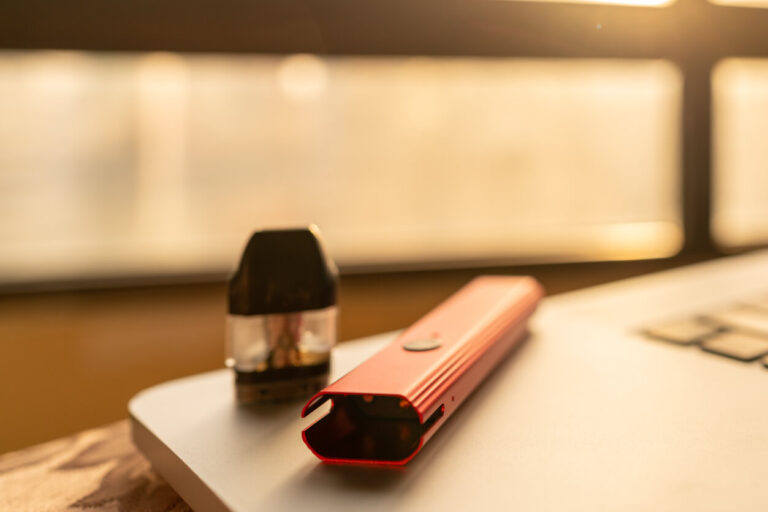 The vaping industry introduced a new nicotine salt e-liquid product nicknamed “salt nics.” So, what’s the craze all about? Well, that’s what you’ll find out in this article.

It is better to have a good understanding of how to freebase nicotine works so you can better understand what salt nics are all about.

The chemical structure of nicotine found in tobacco leaves is chemically known as a “salt.” In chemistry, salt is the binding together of a positive charge (the acid) and a negative charge (the base).

Naturally-occurring nicotine (typically from tobacco) is a weak base, and it’s made up of particles that are negatively charged. To gain stability, it wants to bind to positively charged particles. Furthermore, The raw nicotine found in tobacco leaves is not the best way to deliver the active ingredient into the body. This is because nicotine ions have more difficulty travelling through an organic membrane, and it’s also challenging to vaporize. The solution involves “freebasing” the natural nicotine.

When nicotine is in its freebase form, it’s much easier to travel through organic membranes, which allows it to be more potent. Now, freebase nicotine is fine if you are smoking it from a cigarette. It’s because you can pack more nicotine in a small space. Thus, you are still getting a good nicotine hit from a stick. The problem is with e-juices, as you can’t liberally put more nicotine just to get a good hit.

With e-liquids, there’s a limit on how much nicotine you can add to the mix. The more you add freebase nicotine, the more painful it becomes for the throat. Past a certain point, if you keep adding nicotine, no human being will be able to vape it. It’s why your typical e-juice will only contain 3mg or 6mg of nicotine. This is where e-liquid salt nics come into the picture.

Nicotine Salt E-Liquid – What Is it?

Some smokers find it hard to fully transition to vaping, which is a significantly less dangerous option. One primary reason is that the nicotine they are getting from a freebase e-liquid is simply not enough to satisfy their cravings. They simply need more nicotine.

The next innovation in e-liquids is salt nics. With the development of salt nics, it’s now possible for e-juices to contain 50mg of nicotine. Furthermore, it’s more easily absorbed by the body. The secret ingredient is Benzoic acid, which is a commonly used food preservative.

The addition of Benzoic acid paved the way for:

It facilitates the vaporization of nicotine salt at lower temperatures.

Faster nicotine satisfaction – Nicotine from salt nics enters the body’s circulation at a rate comparable to that of nicotine from cigarettes. Hence, it’s the best option right now if you want to replicate that feeling when smoking a stick.

Cheaper – you might find this benefit difficult to believe, considering that a bottle of salt nic e-liquid is more expensive than a freebase bottle of the same size. The thing is, it effectively delivers more nicotine to your system. Hence, a few puffs are enough for most people. Compared to a freebase e-liquid, you’ll need a lot more puffs to get the same satisfaction. In other words, freebase e-liquids may be cheaper, but you’ll go through them much faster compared to a salt nic.

One potential downside of salt nics is that they produce fewer clouds. Hence, if you are a vaper that likes to do tricks or wants to see puffs of clouds when vaping, then salt nics may not be your thing. Salt nics are generally recommended to users who find regular e-liquids not enough for their nicotine cravings.

Salt nics are a newer form of e-liquids that incorporate Benzoic acid to change the nicotine’s chemical composition from the regular freebase to a salt. For e-liquids, this paves the way for higher nicotine content, faster absorption, and a smoother throat hit.