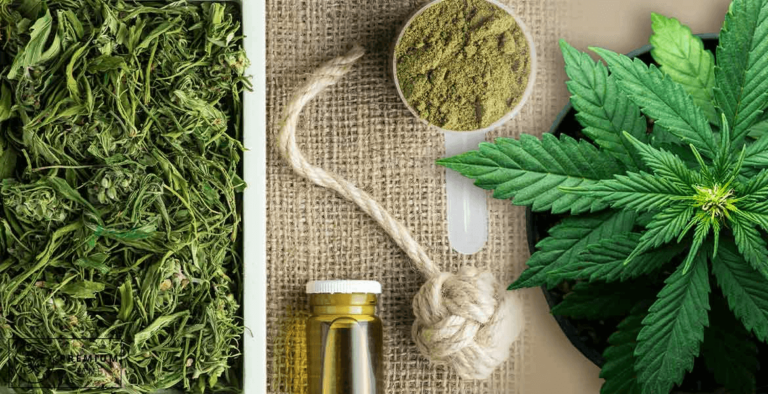 Both hemp and marijuana are members of the same species, Cannabis sativa, and their appearances are identical. Within a species, though, can occur significant variety. While 67% of individuals in the United States favor marijuana legalization, social recognition of cannabis is limited. According to the National Institutes of Health, one-third of Americans confuse hemp with marijuana, and several people still Google if CBD can get them high like THC.

Let’s take a closer look at what cannabis is, what marijuana is, which ones are legal and how weed-lover can use these plants.

Hemp is a dioecious plant that is a variation of Cannabis sativa L. Look for long stalks (up to 10 feet) with branches coming from discrete joints to recognize the hemp bush. Branches will not reach very far from the plant, which prefers to grow vertical instead of horizontal.

You may smoke the cured and dried hemp flowers, buds, and leaves. Consuming hemp bud is a popular option for people seeking an immediate rush of cannabidiol and other necessary hemp plant cannabinoids.

Hemp seeds include a lot of protein, fiber, vitamins, and minerals. They have an ideal omega-6 to omega-3 fatty acid ratio for healthy eating. Hemp seeds can be taken whole or processed into hemp seed oil and flour by being pressed or crushed. These beans are also hulled or shelled to improve their flavor. The leftover shells, high in fiber, may be ground into flour. Hemp can also be grown to create other kinds of products, including:

Hemp is considered a more sustainable way of producing products such as paper and textiles because it grows faster than trees and other plants.

The exact origins of hemp in the New World are still being contested. Though people for a long time assumed that Christopher Columbus brought hemp to the Americas, hemp has been identified in Native American cultures that predate Columbus’ arrival.

Marijuana plants are short, thick, and bushy, with large leaves that run the length of the plant’s stem. The height varies depending on a strain.

There are different types of marijuana having various effects – from soothing relaxation to invigorating creative boost of creative imagination. Consumers use marijuana for a wide range of therapeutic and recreational applications. It has a high concentration of THC, the chemical responsible for the “high” or euphoric experience.

Because of its racial origins, the term “marijuana” is very divisive. In anti-cannabis propaganda, the US government used the name “marijuana” to reinforce the link between cannabis and Mexican immigration. This anti-cannabis advertising perpetuated racial prejudices while dispelling many misunderstandings about cannabis. Many people in the business no longer use the word “marijuana,” preferring instead to use the word “cannabis.”

The legality of cannabis vs. hemp

Hemp, on the other hand, does not generate enough THC to induce intoxication effects. The quantity of THC generated by the plant distinguishes hemp from marijuana in many governments.

In the United States, industrial hemp is classified as Cannabis sativa L. with less than 0.3 percent THC. The European Union has set the maximum at 0.2 percent. Still, the restriction in the United Kingdom is zero unless producers obtain a cultivation license to grow industrial hemp containing no more than 0.2 percent THC. It can generate significant amounts of non-intoxicating cannabinoid cannabidiol (CBD).

The 2018 Farm Bill makes it legal in the United States to produce hemp or cannabis with less than 0.3 percent THC. It also allowed hemp-derived CBD products to be permissible on a federal level.

Growing and usage of hemp and marijuana

There may be no distinction between the usage of hemp vs. marijuana. You can smoke two distinct sorts of plants. They are the same substance regardless of where you locate it. There is no robust difference between CBD derived from hemp and CBD derived from cannabis. The impacts and advantages are the same throughout your body. However, hemp is frequently used to manufacture a variety of home products.

Other significant distinctions between hemp and marijuana include growing and harvesting. Male hemp plants blossom far faster than females and produce far less fiber. In contrast to marijuana fields, which strive to eliminate all men, most female hemp fields contain occasional males. In contrast to marijuana plants, frequently placed in greenhouses or indoor grow facilities, hemp plants are usually grown outside.

It is essential to understand the difference between cannabis and marijuana because even though it is one type of plant, there are many nuances in consumption, legality, cultivation, effects, and so on. Hemp is a more practical plant that people have been using for thousands of years for clothing, paper, food, etc.

Marijuana is now being gradually legalized, so research on its benefits from use is limited. Now we hope you understand that there is something and will be able to choose weed products for yourself even more accurately.