Every time nicotine gets to a human body, it stays there for some time. You’ve probably been wondering how long does nicotine stay in your system. The duration of its presence depends on several factors:

It is possible to measure the level of nicotine in the organism. Usually, such tests are required by the employers that prefer to hire non-smokers, or the health insurance organizations that provide various compensation programs for different categories of citizens. The test results are used as a proof to verify that the candidate indeed is not a smoker.

The nicotine does not stay in the organism for too long as it has a low half-life (approximately two hours). In most cases, it takes around 15 hours to flush it out completely. Still, when this substance goes through the liver, it breaks down into cotinine. The latter is a more stable compound, so its half-life is longer. Therefore, even if the nicotine is out of the system, its previous intake can still be detected. This is a rather useful piece of knowledge to consider if you’re about to get tested.

Given that the nicotine penetrates into different body systems, its presence in the human body can be determined in a few different ways: through the blood, urine, saliva, and hair follicles.

Nicotine stays in the saliva and urine up to four days

How long does nicotine stay in your urine? The duration of nicotine stay in urine and saliva is pretty much the same. Namely, the urine check-ups mostly focus on cotinine, so an occasional cigarette won’t show on the test. However, regular and heavy smokers can expect the test results to be positive since cotinine can stay in the organism from three months to a full year after the last cigarette.

If you want to know how long does nicotine stay in your blood, the answer is up to three days

Nicotine stays in hair follicles up to three months

If the presence of nicotine in body fluids is relatively short, the hair follicle is a whole different thing. Some tests can detect cotinine three months after the last intake. If you’ve been a heavy smoker for a long time, the cotinine may show even after a full year.

The nicotine replacement therapy (NRP) also triggers the tests. The medical professionals can take this circumstance into account and search for anabasine instead. The latter is a compound that can be found in the blood of the smokers only.

Now that you know how long does nicotine stay in your body, It is possible to boost the withdrawal of nicotine from the body.

The nicotine can release through the urine, so drinking a lot of water helps to flush it out.

Physical exercises increase the metabolism, hence the ability of the organism to burn up the nicotine much faster. Likewise, the sweat that is released during an intense workout helps to release this substance alongside with its byproducts. 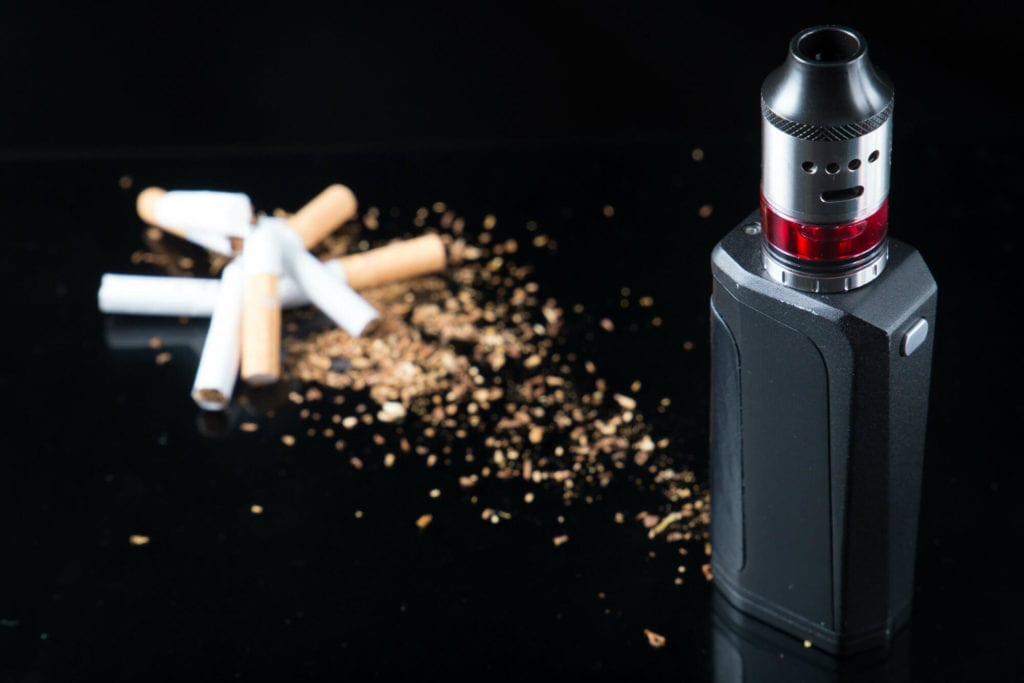 Antioxidants also have the power to boost your metabolism. What is more, the foods that are rich in antioxidants usually contain a plenty of other useful compounds that are very helpful in toxin removal.

As you can see, there are many different ways to boost the release of nicotine from the body. However, if you’ve decided to try, be prepared. The nicotine is the most addictive component in cigarettes, and when it starts to leave the system, it is no joke.

Thus, when the regular smoker limits the amounts of nicotine that gets into the body or abstaining entirely, the response of an organism to this change can be very vivid. Apart from intense tobacco cravings, the reactions can include:
– increased hunger,
– lack of concentration,
– anxiety,
– irritability,
– insomnia,
– headache,
– fatigue,
– nausea,
– depression,
– constipation,
– diarrhea.

The intensity of symptoms gradually fades away and it significantly lessens after the first three days after your last cigarette.

Still, the individual symptoms vary. Their potential duration and intensity depend on many different factors, such as the span and frequency of smoking, as well as the type of tobacco product that you’ve been using.

The previously mentioned NRTs are known as a very effective way of reducing the intensity of withdrawal symptoms. According to a number of clinical studies, the use of NRT increases the chances to quit smoking by up to 70 percent.