Smoking influences the performance of the whole human body negatively. One of the health aspects smoking affects rather severely is a person’s sex life.

Even though the extent to which tobacco damages one’s sex drive, sexual performance and fertility have not been thoroughly studied yet, quitting smoking sooner will unquestionably raise your chances of avoiding the unpleasant complications.

Probably you can quickly recall a pop-culture episode where a woman lies on a bed next to a man smoking a cigarette. Such scenes make the audience think that sex and cigarettes are a perfect couple.

Sadly, in real life, things are not always as bright as they are in the movies, and smoking and sex don’t go as well together as on the screen. A cigarette after a night of passion is hardly the right decision for a real-life couple, as smokers are most likely to get out of breath after sex. Also, heavy smokers are likely to start wheezing and coughing.

How Does Smoking Affect You Sexually?

There is one question some smokers ask themselves when it comes to romance. How does smoking affect you sexually? Studies show that smokers have a less satisfying sex life than non-smokers do. Firstly, tobacco suppresses sexual desire significantly. Moreover, smokers usually get winded during sex too quickly, and they feel less aroused during the intercourse than non-smokers. Also, smokers tend to get out of breath during physically demanding activities, and sex is one of them.

Hardly anyone would say that gasping for air and coughing during intercourse is sexy. Even if a smoker is in the right mood at the beginning of the process, they can lose the spirit quickly due to the insufficiency of their blood flow and decreased lung function. Researchers are working on determining all the relations between smoking and sexual performance.

Mayo Clinic recently published a report that revealed that couples with minimum one smoker are less likely to have regular, satisfying sex life than couples that do not smoke. The primary reason for irregular sex in the first case is usually the decrease in performance, mainly in men. When they become aware of the decrease in their performance, they subconsciously start to avoid sex to keep themselves and the partner from the stress and disappointment. Naturally, the dissatisfaction with oneself makes the desire to have sex vanish.

Time Magazine published a report claiming that men who gave up smoking have harder and thicker erection compared to the times when they smoked. If you think that this problem concerns only heavy smokers, you’ll be shocked by the next statement. One single cigarette is enough to make the erection worse. The report also points out that ex-smokers find sex more enjoyable and feel more confident in the bedroom compared to the time they smoked. And confidence is sexy, unlike the tobacco breath. 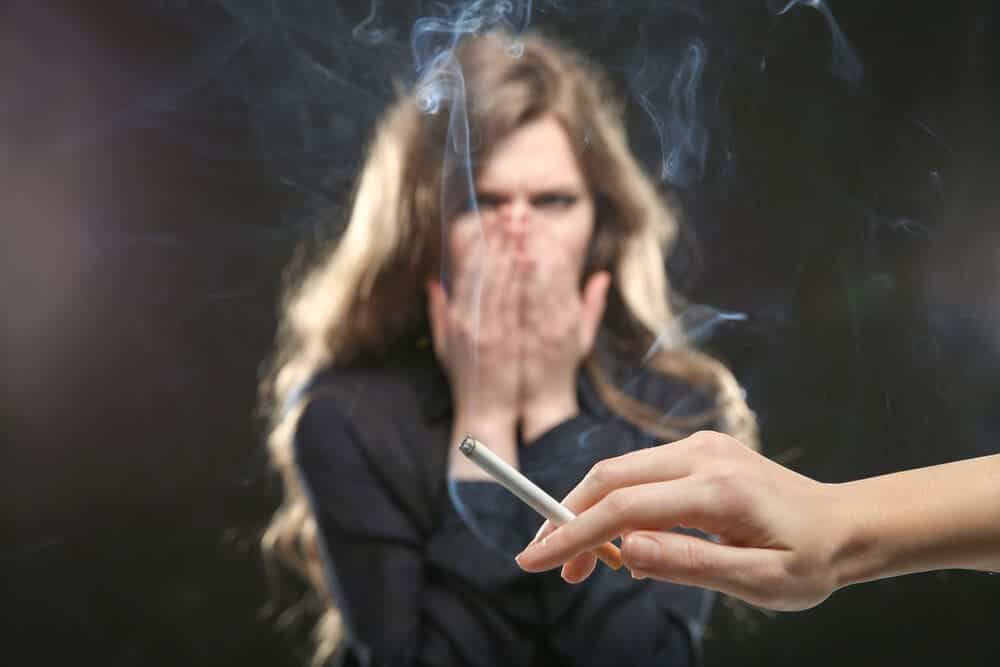 One of the significant negative consequences smoking has is its negative impact on fertility. There is bad news for smokers trying to conceive a baby: having sex may not end in pregnancy. If the man is a smoker, his chances for infertility are dramatically higher. Smokers have lower sperm mobility and combined with concurrent conditions it may complicate the impregnation a lot.

Smoking influences reproductive system in many ways, and fertility is only one of them. Tobacco is a trigger that can activate or aggravate sexual diseases and abnormalities of the penis in men. In women, it serves as an anti-estrogen, leading to problems during pregnancy and bringing the menopause faster.

All in all, smoking and sex don’t mix well together. Honestly speaking, they don’t mix at all. According to the reports, non-smokers have sex twice as often as smokers do, and the former are a lot happier with their performance in particular and sex life in general. Ex-smokers say their erection got better after they gave up tobacco, and if they usually rated their performance as five out of ten, after quitting smoking they rated it not less than eight out of ten.

Moreover, in couples where only one partner is a smoker, the other is often intimidated by the habit and/or worried about the smoker’s health. It doesn’t add to the right mood as well. So, if you want to spice up things in the bedroom, why not give up a harmful habit and see what happens in a few weeks?

Though the effect of smoking on sexual functions has not been completely studied so far, it is already evident that it is adverse and dangerous. The only way to preserve your health is to quit smoking soonest possible. Even though it is hard for some people to break the habit, there is help available. Nicotine replacement products and prescription medications are meant to make the transition into a tobacco-free life a lot easier and quicker. Make health your priority, not your habits!