Looking for an ideal device for hassle-free vaping experience? Pay attention to Yocan Evolve, a single-button wax pen with a fixed temperature option. A dual quartz coils Yocan Evolve ensure that you get a smooth and flavourful vapor at all times. 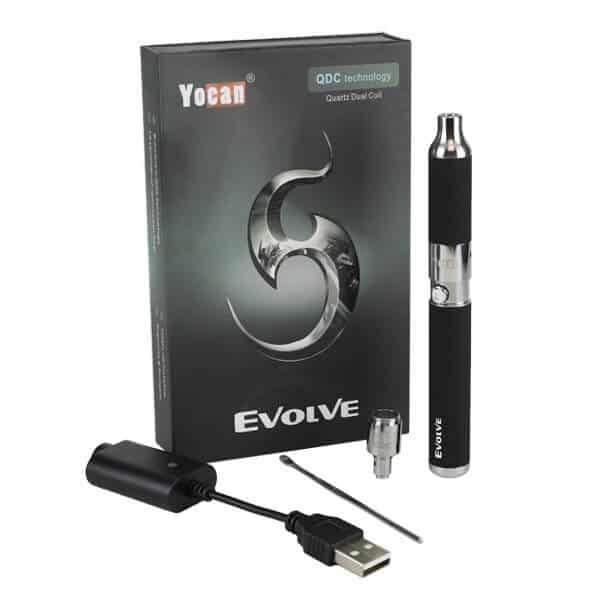 Fairly decent. The item is assembled well, and there is no feeling that you hold something cheap. The body of this vaporizer is metal-based, which gives it a strong look. The item includes an atomizer splash guard, which is very helpful when it comes to splatter control.

We were pleasantly surprised that the kit includes a spare atomizer. It is always great to have a backup, especially if it can ensure a stable vaping experience for a few months ahead. 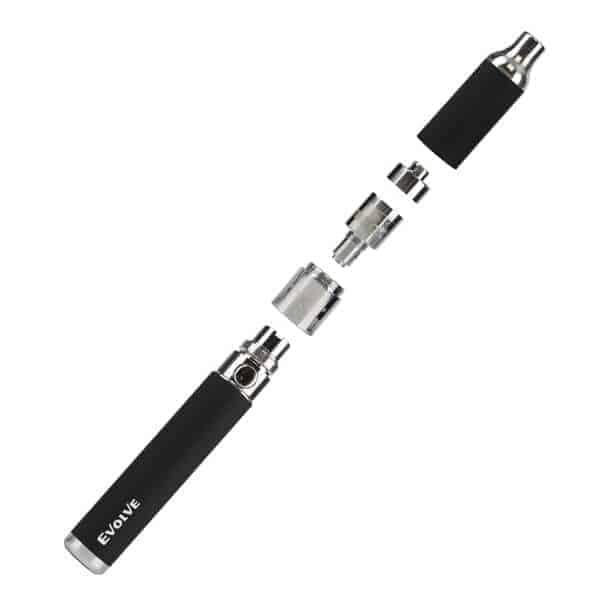 Yocan Evolve wax pen is a good-looking vaporizer that provides a decent experience and gives you a nice overall feel. Given a special design of the coil, hot vapor cools down pretty close to the lips. As we already mentioned, the kit contains two atomizers, which means that the device will serve you long.

Evolve vape pen is relatively small. It would easily fit in a large pocket and female purse, not to mention larger bags. On the whole, the device has a great portability and given its rubber surface, Yocan Evolve is pretty comfortable to hold in a hand.

I wouldn’t say that Evolve pen is particularly discrete. It has pretty regular size: neither extra large nor super small. However, it can easily be covered by one’s hand, so stealth vapers might also want to take a look at Evolve dab pen.

How to use Evolve wax pen

– First, unscrew a mouthpiece of the device.
– Once you access the atomizer, open the cap to get to a heating chamber. This shouldn’t be difficult since all the pieces come off easily.
– Put the substance directly into a chamber using a dab tool. Try to avoid touching its coils with the tool since they are pretty fragile.
– Screw the mouthpiece back onto the device.
– Press power button 5 times to turn on the wax pen.
– Start drawing (while holding the power button).

Since Yocan Evolve provides fixed temperature only, the coil heats for as long as you hold the button. Also, the vaporizer turns off every 10 seconds. This is done to prolong battery life.

In general, the vapor it produces is not bad. It’s got a great flavor and the clouds it makes are also nice. The vapor is rarely bad if the device features dual quartz coil. However, Yocan Evolve vape pen has one subtle limitation which doesn’t allow to provide the best experience possible – the lack of temperature settings.

Well, technically, you can control temperature by holding a power button longer, but if you hold it for max 10 seconds, the quality of vapor will pejorate. Therefore, you are entitled to choose between quality and quantity since unfortunately, Yocan Evolve can’t give you both.

The device is equipped with a standard for most wax pens 650mah battery. In comparison with other devices of the kind, its lifespan is average. The frequency of charging ultimately depends upon how often you vape. An important thing to know about Yocan Evolve battery is that it needs to be detached from the device before charging, so you can’t use it while charging; you’ll need to wait a couple of hours. 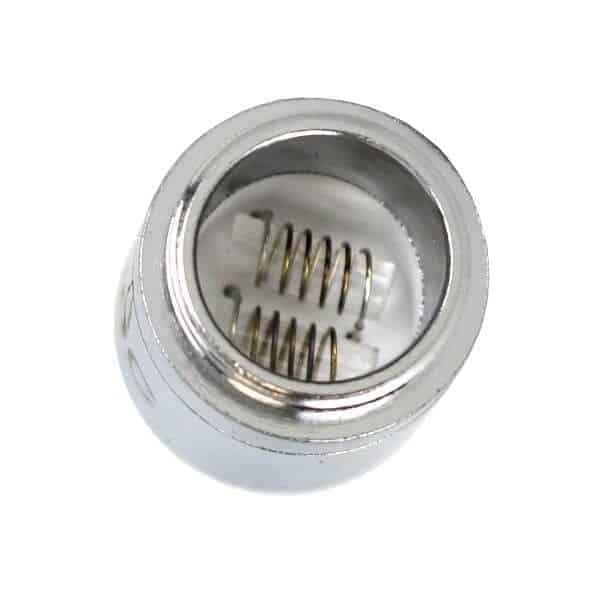 You won’t have to google things like “how to use Evolve”; given its unique single-button design and fixed temperature, it is super easy to use. Yocan Evolve wax pen has a pretty decent look. It is convenient, relatively small hence portable, and it is very easy to assemble. The device shuts off automatically, some people find it annoying while others appreciate that it saves battery. Yocan Evolve charge time is around 2 hours, which is pretty fast.

A half of the team found it annoying that the device shuts off. Also, not everyone liked the quality of vapor; it isn’t bad, but it isn’t exceptionally good either. Yocan Evolve battery is detachable, meaning that it won’t allow you to vape while the device charges. There is also no temperature control, yet many people find it a part of Yocan Evolve’s appeal.

What can be improved

Right now, automatic heating stops at 10 seconds. On the one hand, it conserves battery life, but on the other hand, it affects the vaping experience by making the session shorter. So it would be great to extend it at least to 25-30 seconds.

Yocan Evolve is obviously not the fanciest device on the market. The pen lacks many important features, it also has a very simplistic design, but we must admit that it sells at a corresponding price. Also, Evolve is very easy to use and it doesn’t require complicated maintenance. If you are a beginner, it’s hard to think of a better option for you to familiarize with wax.