Even if you’re not an experienced vaper, you’ve probably come across this word combination. In this guide, we’ll talk about Sub Ohm vaping, what it is exactly, and whether it is right for you. In a nutshell, the whole Sub Ohm vaping thing is about the big clouds. That is why this kind of experience is often referred to as the “cloud vaping” or “cloud chasing.”

It is an option for those who’s been into vaping for quite some time and are now looking for the ways to get more performance out of their device. Apart from the massive clouds of vapor, the Sub Ohm setup ensures more flavor since with this kind of vaping, your system receives much bigger amounts of vapor compared to the regular way.

To put it short, Sub Ohm vaping is a great option for the experienced vapers, so if you feel that it won’t work for you, drop this idea. On the other hand, if the immense clouds of vapor are what you’ve been looking for, keep reading. 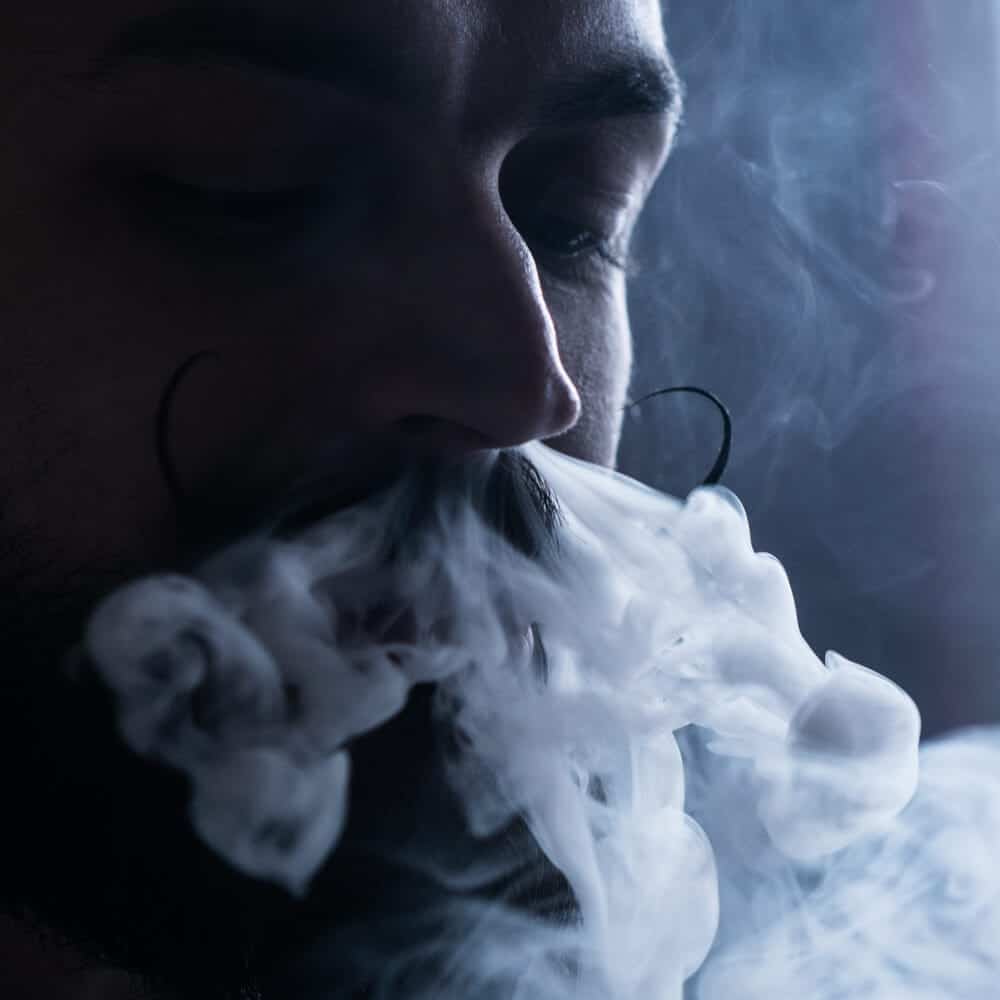 Having watched a couple of guys on youtube Sub Ohming, you’ll probably have some questions about this process. We’ll try to answer some of those.

The Sub Ohming is the kind of low resistance vape experience that enables the user to produce the large clouds of vapor and get a stronger flavor from the puffs. In fact, everything had started from the search of the way how to combine these two.

Before we move further, let’s find out what does ohm mean. So the “ohm” is a unit named after Georg Simon Ohm; it is used in measuring the electrical resistance. All coils have their own resistance rating, which you can find either on the packaging or on the mere coil. Thus, if the coil resistance in the device that you use for vaping is below 1 ohm, this is basically the definition of Sub Ohming. But what does this really mean?

Generally, the lower the coil resistance, the more power it transmits, and hence the thicker and larger the vape cloud is going to be. This kind of vaping took over the industry somewhere around 2014 when there was released the first sub ohm tank. 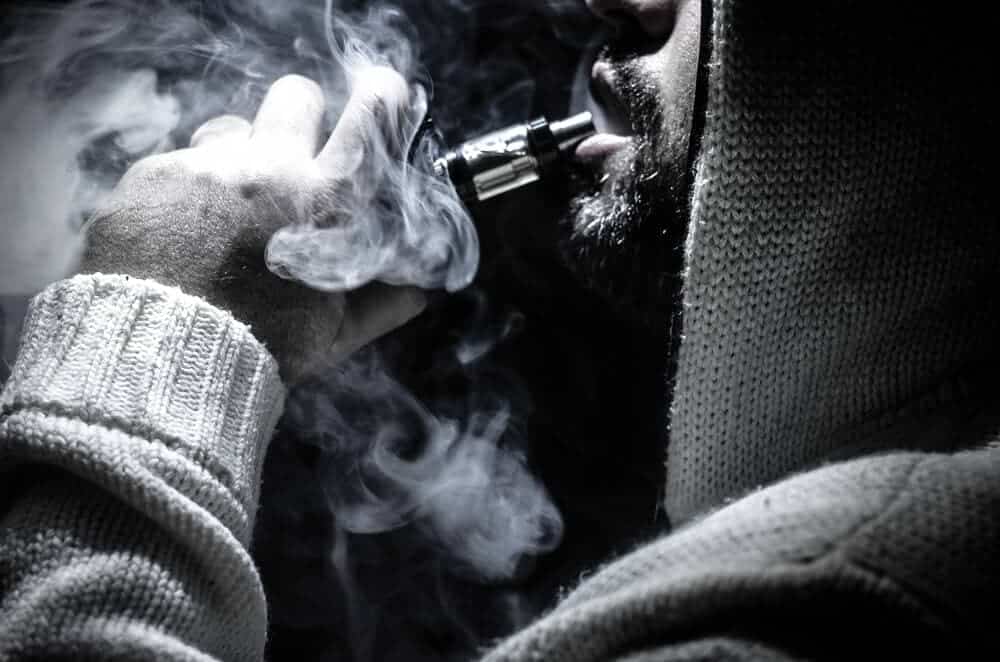 The resourceful vapers started building the Sub Ohm coils with lower resistance until those reached the negative indicators – lower than 1 ohm. The DIY kits were becoming more and more advanced, and quite soon, building the lower resistance coil has turned into a kind of a competition among the enthusiastic and experienced vapers.

Since that time, Sub Ohm tanks went through the massive improvements. It has become possible to produce even denser and more flavorful vapor. However, before the development of Sum Ohm tanks, the only possible way to produce such dense clouds was to build the coil on your own. In fact, this is still the most effective way to get the most vapor from your device mainly because it enables you to fine-tune your vaping experience exactly how you like it.

Naturally, this isn’t something for everyone. If vaping for you is a substitution of tobacco and you’re simply looking for a typical mouth-to-lung experience, you won’t appreciate Sub Ohming. Likewise, the Sum Ohm kits are not as small and convenient as many regular vaporizers or dab pens because to produce those large clouds, they require a lot more power. Therefore, you won’t be able to carry it around with you. Also, you’ll have to be prepared that the cloud vaping kits go through the juice much faster. To illustrate, the same quantity of sessions will require one tank refill for a regular vaporizer and about three refills for the Sub Ohm kit.

Sub Ohm Vaping is Your Thing if You:

– enjoy making large clouds. Like really big; the clouds that would hide your face for a couple of seconds.
– want to get more flavor. As more vapor will penetrate your system. you’ll definitely feel it to the fullest.
– like a warmer vapor. Since the cloud vaping uses more power, the vapor coming from such devices will naturally be a bit warmer. 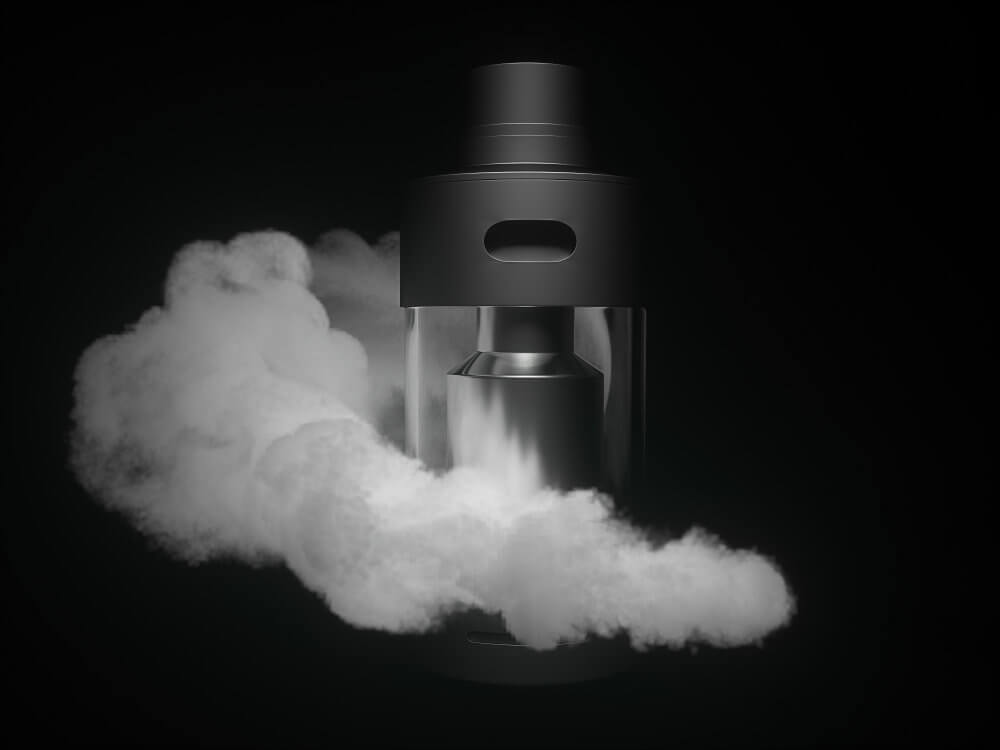 Generally, there are three ways in which you can Sum Ohm (also appropriate for the beginners)

These represent the original way Sub Ohm. RDA’s that are also called Drippers are the small devices that contain a deck in which the user builds coils. The latter are tied to the deck with the screwdriver, using the wicking material. The devices are attached to the Box or Mechanical Mods. To start vaping, the user has to put a few drops of e juice on the coils and absorb the liquid once in a few puffs.

This is a great way for those who want to get the same experience as with RDA’s but don’t want to drip. Such devices still require building the coil inside. In fact, more and more vapers start appreciating this way because it is less excessive, yet gives the freedom to construct the custom coil. Some RTA’s on the market these days are the hybrids between the tank and a conventional dipper.

You might want to know what is a Sub Ohm tank. This way is the best for the Sub Ohm newbies who want to try it but don’t want to build anything just yet. To make the tanks work, you’ll need to use the pre-made disposable coil heads. At present, the tanks for Sub Ohming have become very efficient and pretty close to the RDA and RTA experience; thus, you shouldn’t be concerned that this way is any less fulfilling.

#4 Is It Different from the Regular Vaping?

There are many significant differences between the traditional and Sub Ohm vaping. If you’re seriously considering the latter, you need to know those distinct features. Thus, the two kinds are not similar. Here are a couple of reasons why you need to think twice before you opt for cloud vaping.

Given that the Sub Ohm devices have much lower resistance, they need more power to hit up. Hence, the batteries get drained out much faster. If you’re planning to Sub Ohm often, you’ll probably have to take the spare batteries or an extra 18650 battery charger with you.

The charger is not the only thing that you’ll have to carry around. You need to have the e-liquid for a refill as the bigger clouds you produce, the more juice it takes. In addition, the Sub Ohming is not exactly a money-saving option.

Not the Most Inconspicuous Option

If you’re the stealth vaper looking for an alternative to tobacco, and you want to vape from time to time during the day, you might want to consider some other variant. Those massive clouds are pretty much in-your-face things, so if you need less attention to your persona on the streets, don’t Sub Ohm.

Those who use vaporizers as a substitute for the cigarettes might not find Sub Ohm vaping the best option. Larger clouds mean greater nicotine blasts, so you’ll have to lower the nicotine dosage; otherwise, you’ll simply get sick. Most Sub Ohm vapers use lower than 6 mg nicotine.

You might have heard the stories about the danger of the so-called “vape batteries” that explode into people’s faces. Well, then you should know that there is no such thing as “vaping batteries” since the batteries used in vaporizers are the same regular ones that power up your smartphones, flashlights, etc. Hence, the most important safety measure is to use the authentic good-quality ones, and not to exceed the Amp limit. Also, you mustn’t use the damaged batteries.

The Sub Ohm tank must have a proper ventilation, i.e., the visible battery venting holes. If there are no venting holes or if you have no idea what we’re talking about, you might not need to Sub Ohm just yet.

This is the kind of experience that requires extra knowledge and caution. To tell the truth, it depends upon the user whether it is safe. You don’t need to have a Major in Engineering; however, understanding the basics of electronics could really help.

If you’re an absolute newbie in this, educate yourself first. A good way to learn more about the correct wattage range is to consult a Sub Ohm vaping chart showing the range of power consumption. Also, visit some trusted websites or talk to the experienced friend. Most importantly, don’t be afraid to ask. Even the most experienced cloud vapers used to be the beginners once. 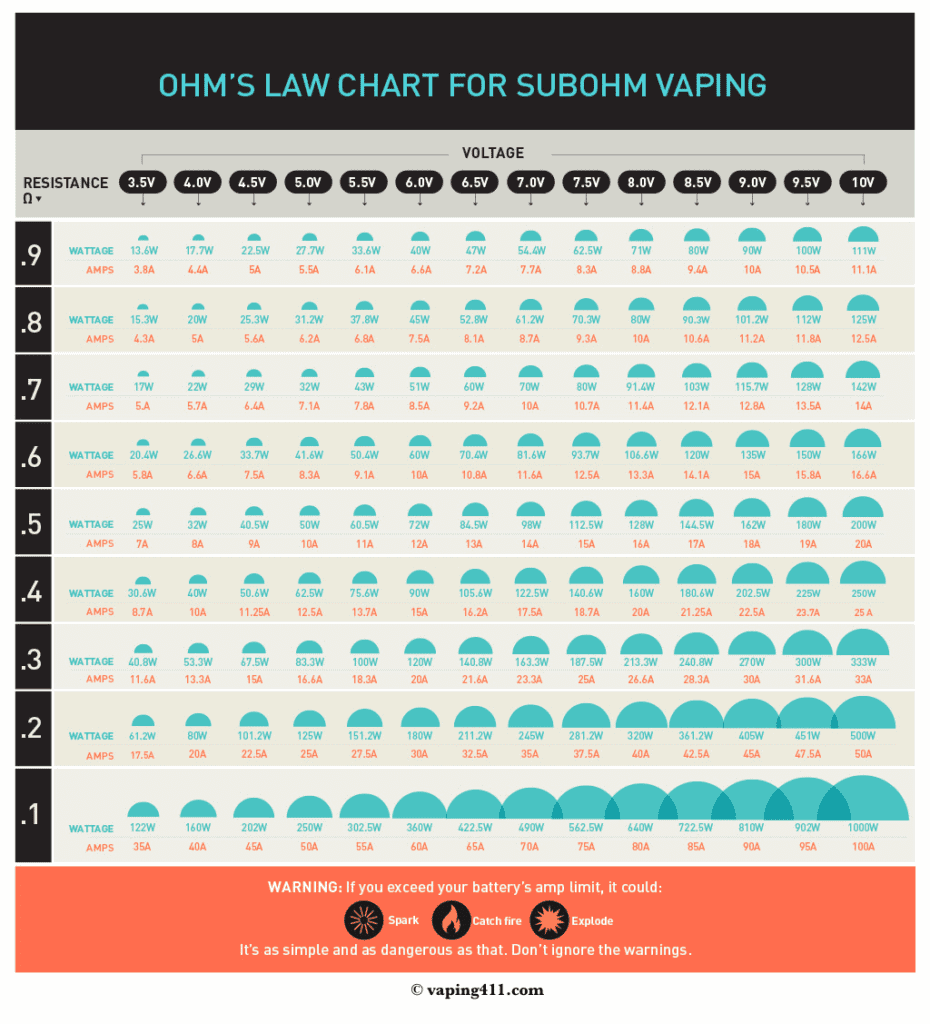 On the Final Note…

Perhaps, the Sub Ohm vaping is a bit recherché for the average vaper. It has the benefits and drawbacks, so educate yourself first and only then decide whether this is a good option for you. We hope that the guide helped you understand this trend better and that from now on, you’ll find it easier to make a final decision.