by Cassy Williams 3 years ago2 years ago
162.3kviews
517
320 shares, 517 points
Table of Contents show
How Can Vaping Be Good for Asthma Patients?
Smoking with Asthma
Studies of Vaping and Asthma
What’s the Verdict for Vaping with Asthma?

While most people would agree that vaping is a healthier alternative to smoking, not everyone would be so sure about whether it is a completely harmless habit.

The long-term effect of vaping on the human body is yet to be studied. As for now, the results of some studies claim that vaping could potentially have the same health risks that smoking actual cigarettes does.

Potentially, vaping could cause lung tissue damage, lung inflammation, and asthma. Only comprehensive long-term studies can confirm or dispel these statements. In this post, we’ll discuss the correlation between vaping and asthma.

How Can Vaping Be Good for Asthma Patients?

While vaping with asthma might seem a weird choice for some, there are people who report a positive influence of vaping on their health. It is possible due to the fact that moisture release helps to get rid of sinus congestion.

Also, ex-smokers with asthma reported a significant long-term improvement of health after they turned to vaping. There is also survey information that claims that vaping can reverse asthma and lung damage smokers have.

Over 19,000 people took part in a global Internet survey that revealed that 76% of ex-smokers who suffer from chronic obstructive pulmonary disease (COPD), felt an improvement in their physical state, especially in senses and breathing. 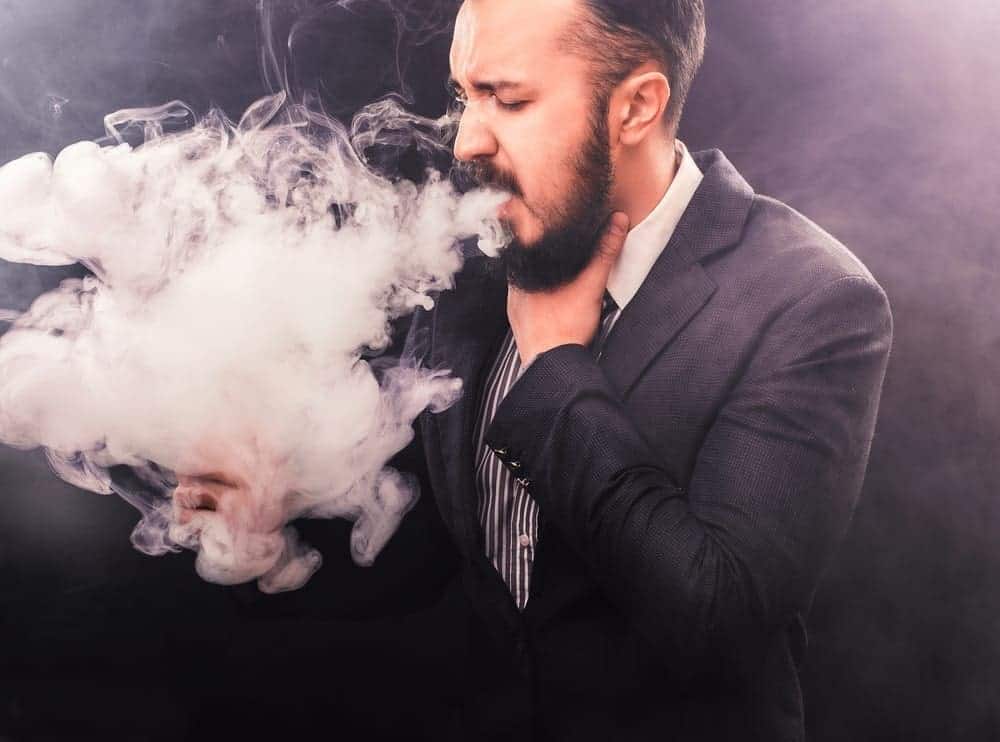 Many health professionals recommend people with asthma to visit steam rooms to reveal the symptoms. It might be hard for some people to stay in the steam rooms for a long time because the steam is very hot.

Could vaping possibly be an alternative? Does vaping affect asthma? These questions are yet to be studied.

We don’t think of the efforts of taking another breath as a rule. Breathing is an automated behavior we don’t pay attention to unless we have a respiratory system health condition. For people with asthma, breathing is a hard work that requires effort and energy.

Unfortunately, even those people, who are constantly reminded of how fragile their health is, tend to keep their harmful habits. Smoking is probably the worst habit a person with asthma can have.

While some smokers turn to vaping as a healthier alternative, many still continue to light up another tobacco stick.

E-cigarettes are usually marketed as a healthier alternative to smoking. However, things are not that simple when it comes to minors with serious respiratory conditions. The use of electronic cigarettes is booming among teenagers.

One of the major reasons for it is that e-cigarettes and vapes are much easier to get without undergoing age verification. Kids with asthma have very sensitive airways, and exposing them to vape juices of questionable quality is not a good idea after all.

Studies of Vaping and Asthma

When a smoker with asthma turns to vaping, it could be beneficial for their health. However, vaping might be not the best solution as well. Of course, vaping saves you from a ton of carcinogenic elements found in tobacco smoke, but it can have some adverse health effect as well.

First of all, asthma and vaping nicotine e-liquids might not be a good choice. Nicotine might cause headaches, dizziness, coughing and even some lung inflammation. 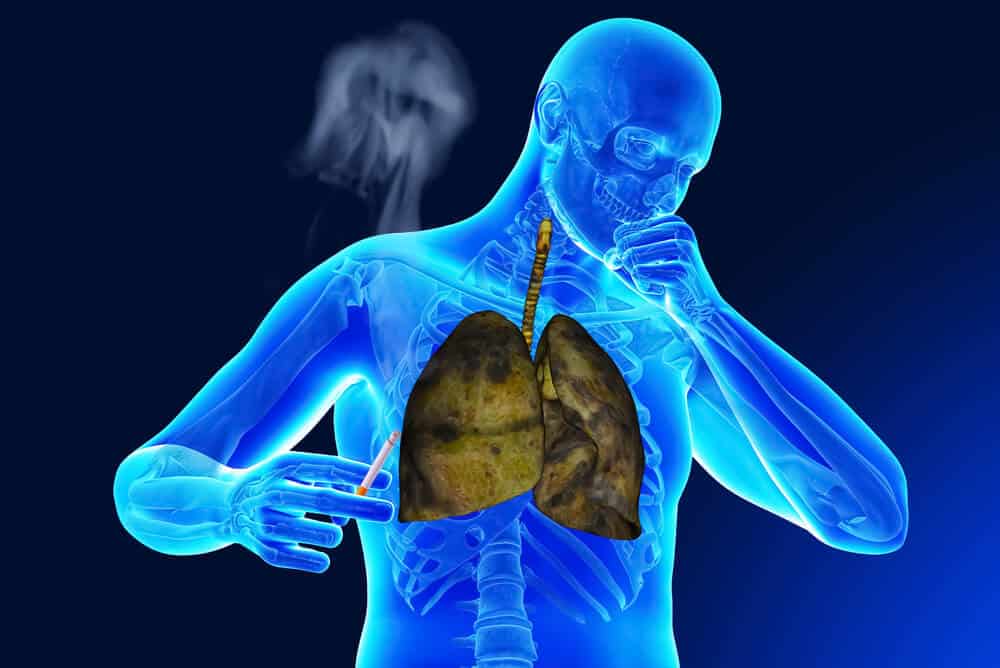 According to the researchers at Indiana University in Indianapolis, e-liquids without nicotine aren’t completely safe as well. Some flavors of the researched e-liquids can kill lung cells.

Among the reported flavors, there was vanilla, cola, banana pudding, hot cinnamon candies, and menthol tobacco. These flavors are extremely among young people, and kids might crave them without even smoking in the first place.

A study on mice, published by the European Respiratory Society, revealed that exposure to e-cigarettes leads to the destruction of lung cells.

It can also potentially lead to emphysema and asthma. One study isn’t enough to give judgment for e-cigarettes. However, it is enough to raise concern and initiate further research.

What’s the Verdict for Vaping with Asthma?

Is vaping bad for asthma? Some reports claim that it’s not, while others clearly indicate that there is a potential threat. People with asthma are usually sensitive to all kinds of chemical irritants.

Exposure to the irritants triggers the inflammation of the airways in such patients. For this reason, health professionals argue that inhaling hot vapor with chemical flavorings in it can cause bronchial spasms.

Does vaping help asthma? Or should people suffering from this health condition stay as far from it as from the tobacco cigarettes? Only comprehensive long-time studies can reveal the truth. As for now, every point of view is nothing more than a hypothesis.

Currently, there is no validated scientific answer to how the exposure to e-cigarette vapor affects asthmatics or non-asthmatic. So, the bottom line is people with asthma who vape do it at their own risk.